This Invention Will Provide Internet, Electricity And Clean Water To Rural Africa

Developing nations often struggle with access to infrastructure such as electricity and Internet connectivity. There are millions of people living throughout Africa who do not have stable access to such resources. This is one of the biggest struggles in the continent. Unreliable access to electricity, clean water and the Internet can hold a country back from developing since it can interfere with people’s ability to fulfill their basic needs. Watly has the potential to solve all three of these problems plaguing the continent.

Watly is a water purifier and a power station that works on solar energy. It is also equipped with telecommunication devices. Electricity is gathered through solar energy, which powers the machine. Watly is also connected to a central network platform and other devices. This creates a Wi-Fi network that can have a radius of 500 meters. The machine’s water purification process utilizes the principle of vapor compression distillation.

“It is by far the most effective and powerful method of water purification available,” the site states.

Polluted water enters the system and is separated from soaps, solvents, and hydrocarbons. Then, it flows into a storage tank and is preheated, distilled, heated to boiling, evaporated, and condensed. This process removes all the bacteria, viruses, fungi, parasites, pesticides, and other impurities from the water. 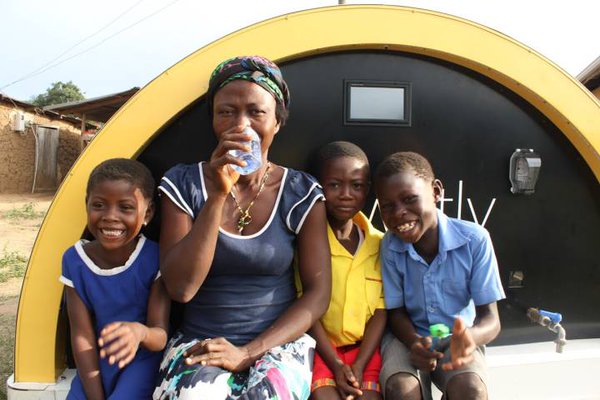 Different from other inventions

There are several other solar powered computers and water purification machines out on the market but Walty stands out for many reasons. The first is that it does not require an electric grid. It runs on off-grid electricity to power itself and external devices. This makes it an ideal device for developing nations with an unreliable or limited electric grid. Another key quality is that the water output does not depend on the type of input:

“No matter how polluted the water is that is feeding Watly, the result is always the same: clean water. This is the main advantage compared to other purification/desalination methods such as reverse osmosis.”

It also does not use filters, membranes, nor chemicals like membrane cleaners, scale inhibitors, antiscalants, corrosion inhibitors, biocides, disinfectants, de-chlorinators or flocculants. One machine can produce about three million liters of water annually and has a lifespan of up to 15 years. The prototype still needs to be tested within communities. The company hopes that it can sell its products to governments and telecommunication companies. 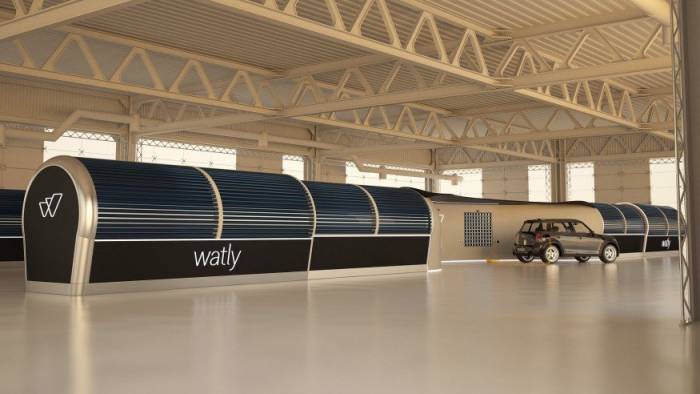 At the moment, it is still a prototype. The third version of the model is currently in production in Italy and should be ready by June 2016.  The first Watly was made in 2013 and the second was tested in Ghana and filmed by the Discovery Channel. The episode will air at the end of the year.

“Watly represents a new paradigm in the relationship people have with technology. We had to completely rethink how water treatment systems and photovoltaic parks are engineered and constructed,” the site says. 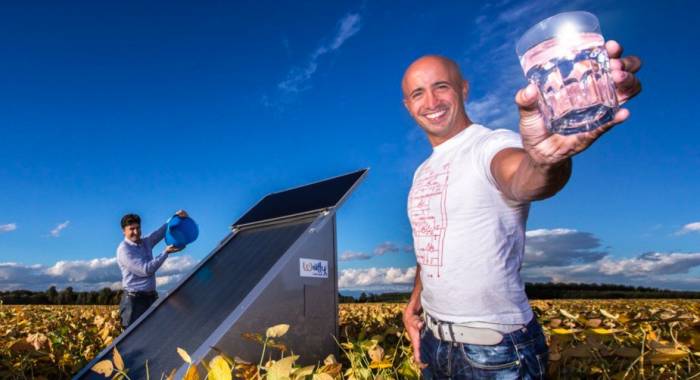 Watch a video of how Watly works:

SEE ALSO: This Device Could Revolutionize Internet Access In Africa.