BRCK, a startup company based in Kenya, is comprised of engineers, software developers, and technology experts. They have created a tiny black box also called BRCK that can have a huge impact on internet connectivity throughout Africa. It was designed and prototyped in Nairobi and specifically tailored to meet the needs of the area. The BRCK can switch between four different types of connections – ethernet, 3G, 4G, and Wi-Fi – and its battery can last up to eight hours, so it will keep working in case power is lost. It has sold more than 2,500 products in 54 different countries and has secured $3 million in funding from big players like former AOL executives Jean and Steve Case and TED.

Designed to function in areas with poor infrastructure

Even in some urban areas of Africa, it is difficult to obtain steady access to electricity and to the Internet. CEO Erik Hersman said:

“Most of the organizations working to increase access to the internet in Africa are dealing with it at the infrastructure level, with satellites or undersea cable, with mobile phone towers — and even balloons and drones.”

Keeping this in mind, BRCK created a product that will function in areas with underdeveloped infrastructure. It is sturdy, so it can withstand bad weather and dirty voltage charging. Since it is enabled with WiFi, 3G, and 4G, it is easy to move and it can be shared with up to 20 other devices. And, in addition to the eight-hour battery life, it can also be charged using a solar panel, car battery, or a computer. Hersman envisions that BRCK will bring internet connectivity to bus stops, kiosks, homes, schools, businesses and retail consumers. It will also help improve job productivity, considering that nearly every single field requires access to the internet. With BRCK, employees will not have to struggle with a weak internet connection and can just focus on working.

In September, the company launched an education initiative to address problems in Nairobi schools, such as low access to technology and consistent electricity, high data costs, and teachers who are not well-versed in technology. The initiative, called BRCK Education, distributed the Kio Kit: it includes the BRCK, tablets, a companion set of headphones for each child, and a suitcase that stores and charges the tablets. The tablets are sturdy enough for children to handle; it can resist a 70cm drop and water damage. After rigorous field testing, teaching and learning with the kit has been made as simple as possible. When BRCK was tested in Lighthouse Grace Academy, it was very well received. Principal George Jenga, said that it is:

“going to transform the children in the way they study…The use of these tabs is helping the children understand more. It helps them know more. They are grasping the technology very fast. The animation really helps them understand the teachings.”  He added “The teachers are excited. And they have actually understood how to use the tabs.” 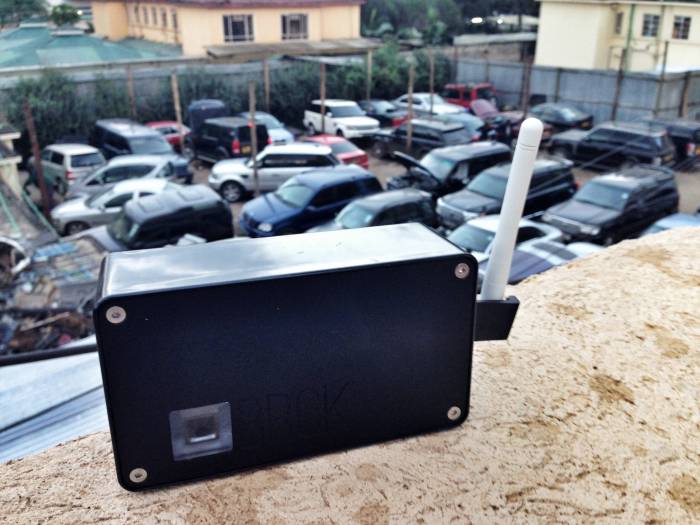 SEE ALSO: Facebook And Eutelsat Team Up To Beam Free Internet To Africa.