Senegalese engineer Ousseynou Khadim Bèye works at an energy firm in Paris. He wanted to raise awareness about the tens of thousands of children forced to beg on the streets of Senegal. During his free time, he created the mobile game called Cross Dakar City. It is a free app that allows users to play as child beggars in Dakar, the capital of Senegal.

Saving a child beggar from misery

The game centers on a young boy named Mamadou, who has been forced into begging. The objective is to lead Mamadou across Dakar City so he can find the house of his biological parents. The player must try to help Mamadou safely cross the road while avoiding traffic, crossing rivers, and cross rails without being hit by the trains. There are other obstacles along the way, as well as bonuses to collect. The game’s graphics are intended to mirror Dakar, including the car rapide buses, local taxis, the little blue train, canoes, carts, and the Pink Lake. There is also an option to connect with friends and challenge them.

The controls are simple: the player taps to move forward and swipes down, left or right to move in those directions. The gameplay is designed to be simple and easy. The app is intended to show how difficult these children have it.

“Players have to ensure that Mamadou crosses the streets of Dakar with their iconic local taxis safely. Many child beggars (enfants talibés), who are as young as seven, become accident victims, they are also subject to kidnappings and abuse,” Bèye said. “Avoiding traffic is just one of many difficulties that [they] face. As in reality, Mamadou’s “chances of surviving such a journey aren’t quite in his favor.” Mamadou is described as “a talibé forced begging on the streets.” A talibé is a student learning at a daara, a Quranic school. Many parents living in poverty will send their sons to a daara in hopes that they will have a better life. Sadly, the opposite is usually true. There are issues of forced labor, abuse, inadequate care, and even torture in certain daaras. The leaders of the daaras will often force the talibés to beg on the streets and refuse to care for them properly if they do not meet their quotas. The vast majority of child beggars in Dakar are talibés. According to a 2007 UNICEF report, 90% of the street beggars were talibés. Though forcing children to beg is technically illegal, enforcement of the law is weak. A 2010 study by Human Rights Watch estimated that there are 50,000 talibés in Senegal. Bèye hopes that his game will help raise international awareness and put pressure on NGOs and the Senegalese government to take action.

“I wanted to make something that had a positive impact on Senegal, and to reach the widest public as possible with this game and highlight the issue of child begging in Senegal,” he said. 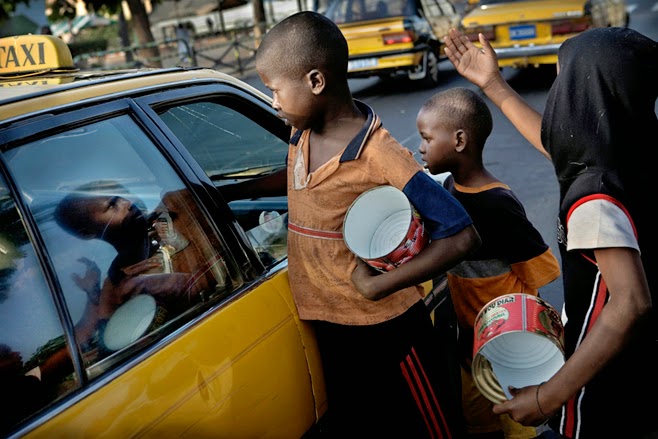