Senegalese rapper and entrepreneur Akon and Shell unveiled Africa’s first solar powered football pitch at the Federal College of Education in Lagos, Nigeria. This project is part of Shell’s latest initiative called the Make the Future Programme, which consists in addressing global energy challenges around the world.

The technology, which was invented by a British engineer called Laurence Kemball-Cook, consists in placing more than 90 electronic tiles under an artificial turf. Each time a player steps on a tile, he generates 7 watts of kinetic energy. The energy is then sent to a battery that ultimately feeds 6 low-consumption LED floodlights that shine on the pitch. More solar panels are installed around the pitch in order to provide sufficient electricity to the building.

“We need solar, we need other solutions as well… we need it right now, we don’t want to be using these fossil fuel generators. We need to be using more renewable sources of power,” Kemball-Cook said. 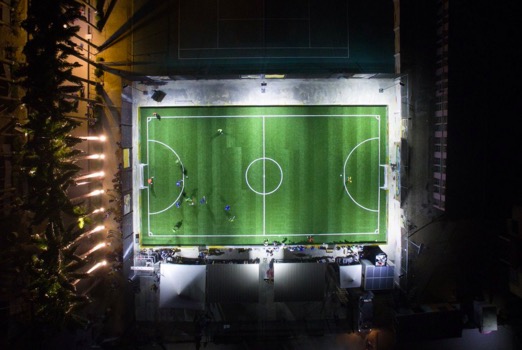 Akon has been pretty committed to providing renewable energy in Africa though his Akon Lighting Africa Initiative. He plans to bring electricity to 600 million people in Sub-Saharan Africa. The project is now active in 15 African countries and has so far provided nearly 35 million Africans with better lighting.

“New, reliable and smarter energy solutions play a major role in driving human progress in Africa […] Projects like this innovative football pitch draw attention to the major opportunity that Nigeria, as well as the whole of Africa, have if we look to better harness new technologies and the continent’s abundant renewable energy resources.”

As part of the celebrations, Akon debuted his new song featuring DJ Philip ‘Hardwork’ Constable called Tell Me We’re Ok which is set to be released next year in an exclusive performance on the pitch. 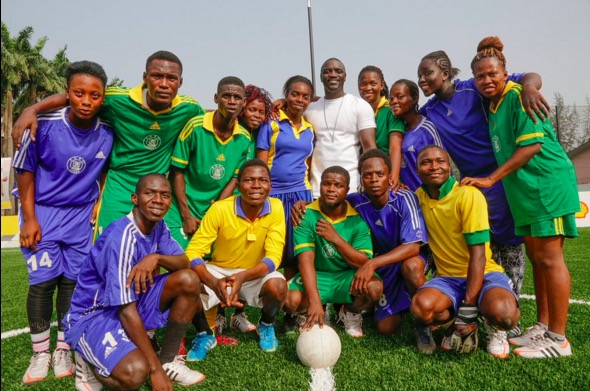 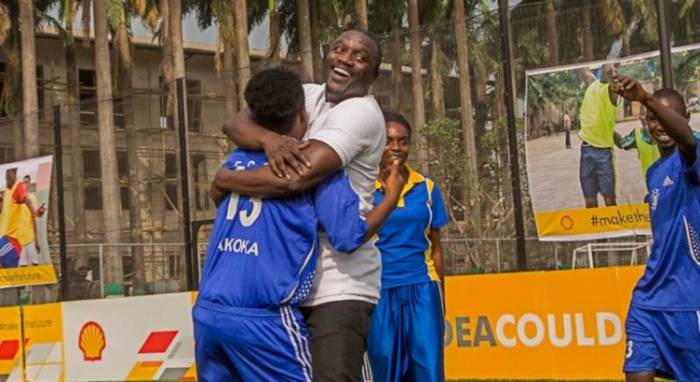 Watch Akon present the project in the video below: