The Scripps National Spelling Bee is a prestigious spelling competition held annually in the United States. Though it is a national U.S. competition, some contestants travel from countries like The Bahamas, Canada, China, Ghana, Japan, Jamaica, Mexico, and New Zealand. Children up to the age of 15 who have won a regional spelling bee are allowed to compete. In the last nine years, several students from Ghana have competed to this event. This year, 14-year-old Afua Ansah made it further than any Ghanaian contestant in history, making it all the way to the finals before being eliminated.

At 71.4%, Ghana has one of the lowest female literacy rates in the world. Afua’s coach, Emmanual Afful, challenged his pupil to beat the odds.

“The thing I told her is that, ‘Children in America are no different than children around the world. The only difference is we are poorer at reading and writing. And so I posed a challenge to her to read, study, ask question and be curious and you’ll be there and that is exactly what happened,” he said.

Afua correctly spelled difficult words such as “hauberk” and “senescent” and made it to the top 45. 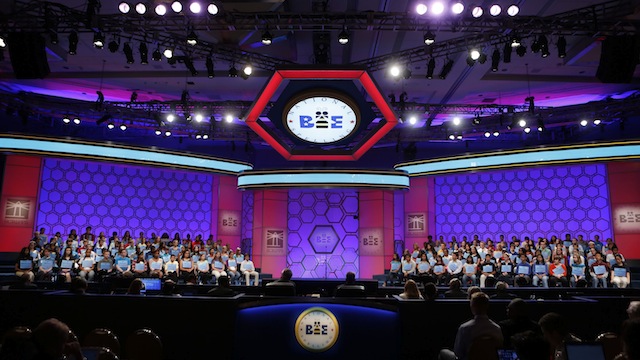 Beyond her wildest dreams

The press was eager to talk to the first Ghanaian finalist in history. She held her nation’s flag while answering questions from reporters.

“It felt incredibly exciting, it was beyond my wildest dreams, to finally make it on my first try.  It has been quite intense because we have been working on the word list for quite some time,” she said. 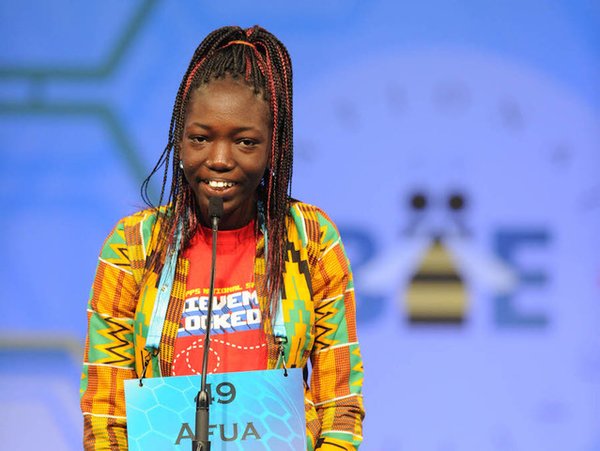 Afua was excited to represent her country and experience the U.S. for the first time.

“I am feeling very proud to be doing this on behalf of my country.  I feel like an ambassador of Ghana so I am proud to carry the flag of my country at the finals,” she said as she expressed gratitude for her sponsors. “Ghana doesn’t have much of sponsorship as it does here…I have gotten some calls from my country, we see you here, we see you on the website.” 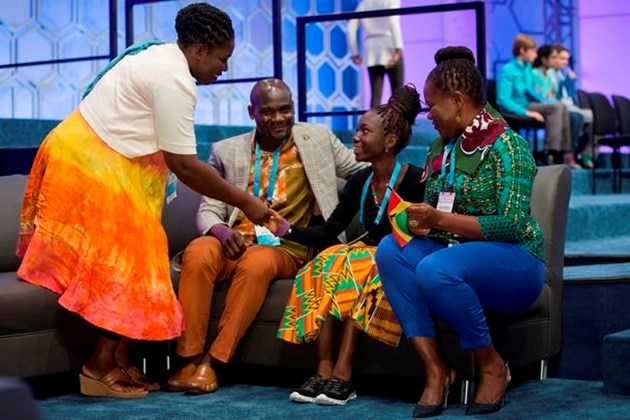 History has been made

Unfortunately, Afua was not one of the winners this year. She was eliminated after misspelling “Liechtenstein.” However, the fact that she made it to the finals on her first try is quite a feat; many children try multiple times before making it so far. And Afua has already made a major accomplishment – “She made history,” her sponsor, Eugenia Tachie-Menson, said.

“She’s brought so much honor, not just for her country, but for the continent.” 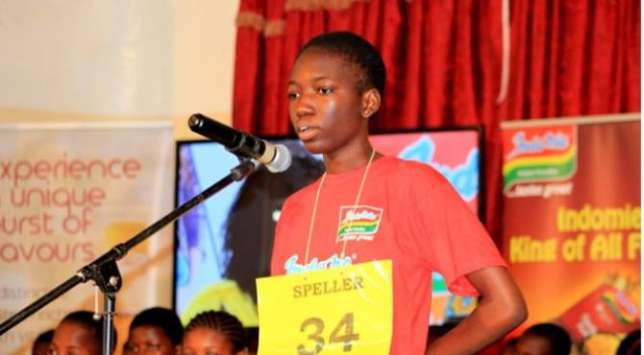 SEE ALSO: Achievers Ghana, The NGO That Is Educating Girls The Slums Of Ghana.