In a historic achievement, the NASA New Horizons spacecraft phoned home and reported that it had reached Pluto. The message was only a quick stream of data, but it was incredibly important. The probe has been crossing the solar system for the last nine and a half years. Now it will continue beyond the dwarf planet.

A Big Relief For NASA

Pluto is three billion miles from Earth. That is a considerable distance; even at light speed it takes 4.5 hours for instructions to make the distance. The news that the mission was successful was a great surprise and relief for the NASA scientists that build and sent the robotic probe into deep space. The device travels faster than 31,000 miles per hour. It could have collided with debris or been overloaded with its duties, but it only took three minutes for the spacecraft to pass Pluto. “We have a healthy spacecraft. We’ve recorded data in the Pluto system. And we’re outbound from Pluto,” mission operations manager Alice Bowman announced to her colleagues. The video feed received a standing ovation from the team. 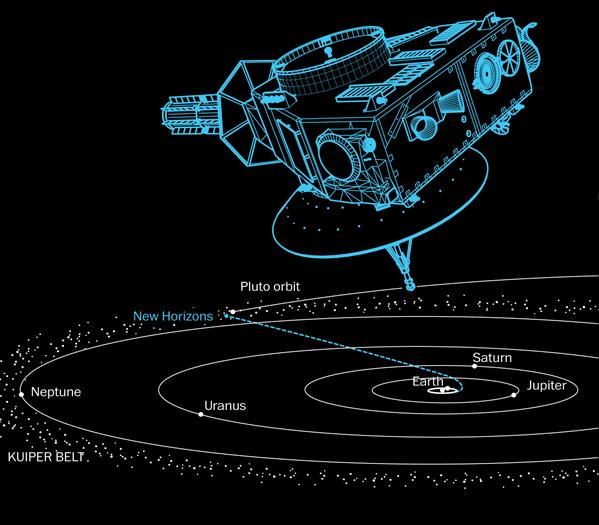 The Closest Look Ever

The probe was able to get close enough to Pluto and its five moons to capture a detailed image of their surfaces. It turns out that Pluto is not the simple, lifeless hunk of ice that we all thought it was. The surface of the planet is intricate and complex.  “You can see regions of various kinds of brightness,” Dr. Stern, the principal investigator for this mission, said. “Very dark regions near the Equator, very bright regions just to the north of that, broad intermediate zones over the pole. What we know is on the surface we see a history of impacts. We see a history of surface activity.” There are snowfields, something that resembles cliffs or fault lines, and a very  bright heart-shaped area. It is being speculated that this heart shape may have been created by a large impact crater, now the remains have eroded. 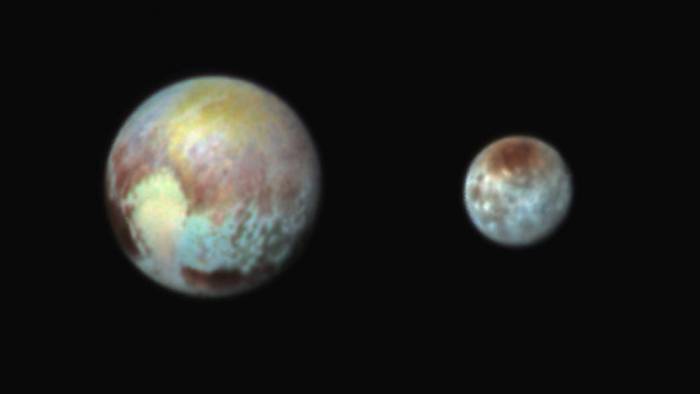 Important Discoveries In The Final Frontier

Pluto was always a dot on the horizon to us – we barely knew anything about it. With this mission complete, we have reached the end of our solar system. “It always seemed the encounter was so far away,” Dr. Stern said. “People talk about how surreal it is that we’re actually here.” Now that Pluto has been explored, the probe is making its way through the small, icy planets of the outer solar system.  It will continue collecting and sending data. The ultimate destination is interstellar space. 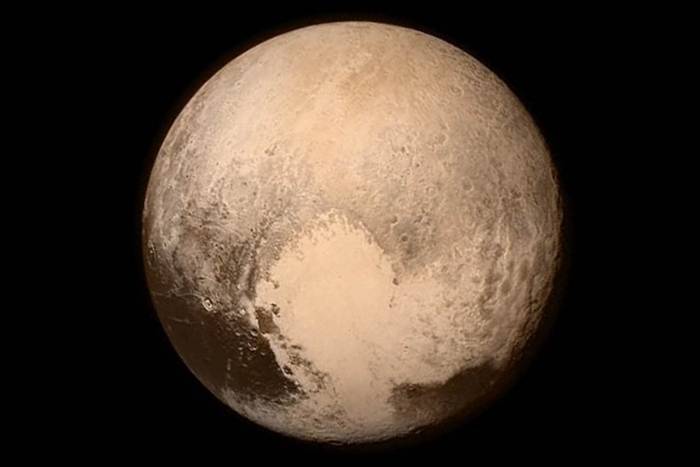