Amanda Berry and Gina DeJesust were kidnapped for ten years and escaped from their abductor, Ariel Castro, two years ago. During their abduction, they were chained, raped, and abused. One day, Castro forgot to lock them inside their rooms, and Berry took advantage of the situation. She escaped by kicking through the front door and called 911. The women were finally free after a decade of confinement. “Sometimes, there are days that I just can’t believe it,” Amanda Berry told US magazine People.com. “I just feel like I can’t believe that this happened to me.”

Berry was a 16-year-old high school student when she was kidnapped. DeJesus was 14 years old and attending middle school. They would have gone to the same high school if they were not tragically abducted. “He [Castro] was always watching us,” DeJesus described. “Before the door opened, your heart was just beating real fast. You didn’t know why he was coming up the stairs or what was going to happen.” Castro was sentenced to life in prison and hung himself in his cell. The women have been working hard to complete requirements for their education. They lost a lot of time and were not on track with their classmates. But their school’s faculty did not want to deny them the opportunity to graduate with their peers. So they let them walk, and the ladies received honorary diplomas. 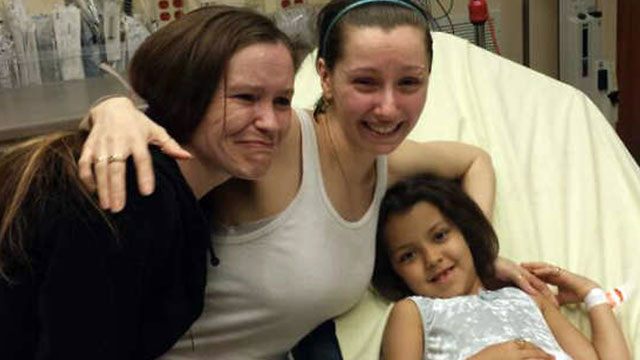 A cause for celebration

“Graduation is a milestone,” the CEO of the Cleveland Metropolitan School District Eric Gordon says. “The faculty really wanted to give them an experience they really should have been allowed to earn on their own, but because of what happened to them, they didn’t have that opportunity.” He says that as they stood on the stage on a Wednesday afternoon, they received a standing ovation from everyone attending the ceremony: the graduates, faculty and all of the parents and families. “It was an incredibly moving moment.” Berry, who is now 29, and DeJesus, now 25, were surrounded by friends and family members. They all wanted to help the women experience a milestone that they were denied. They were also joined by their attorney and friend James Wooley. “There were lots of tears, lots of happiness,” Gordon says. “We treated it like a fun graduation party.” 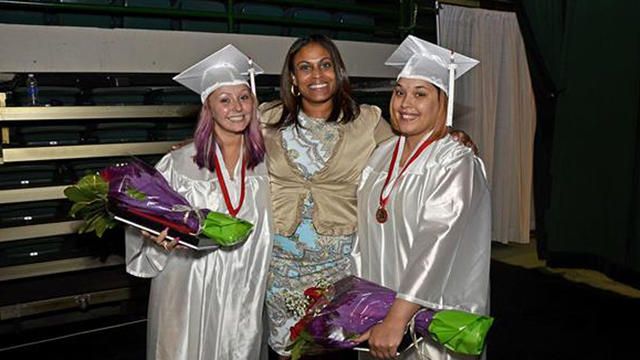