It has been an exciting month in the final frontier. Just last week, a NASA spacecraft passed Pluto for the first time. Now, an even more exciting discovery has been made. Scientists have found a planet that is about the same size as Earth and orbits a star that is very similar to our sun. This makes it the most likely place beyond our solar system to harbor life.

The similarities between our world and this new planet, named Kepler-452b, are uncanny. The distance at which it orbits from its star is much like Earth’s orbit. It is of particular interest to the scientists at NASA because it could possibly have liquid water on its surface, which makes the planet hospitable for life. Moreover, it has been at the temperature needed to host liquid water for approximately six billion years. If the planet has the rest of the conditions needed to sustain life then that is more than enough time for life to have come about the same way it did on Earth. Kepler-452b is so similar to Earth that NASA science chief John Grunsfeld called the new planet  Earth 2.0. He also stated that the world is the closest so far to our planet. 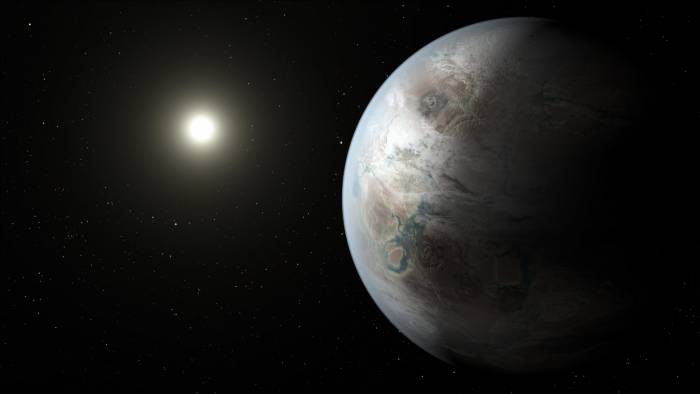 Scientists cannot visit the planet since it is nearly 1,400 light-years away from Earth. But they do know enough about it to pique their interest. Its star is in the same class as our Sun, but it has some differences: it is 1.5 billion years older, 4% bigger, and 10% brighter. Kepler-452b also has a longer orbital period than the Earth’s’ it takes 385 days to complete a full circuit of its parent star while ours takes 365.  Since it is much older than our planet, it could potentially offer some insight into what Earth could look like in the future. “If Kepler-452b is indeed a rocky planet, its location vis-a-vis its star could mean that it is just entering a runaway greenhouse phase of its climate history,” said Dr Doug Caldwell, a scientist working on the Kepler mission. “The increasing energy from its aging sun might be heating the surface and evaporating any oceans. The water vapor would be lost from the planet forever.  Kepler-452b could be experiencing now what the Earth will undergo more than a billion years from now, as the Sun ages and grows brighter.” 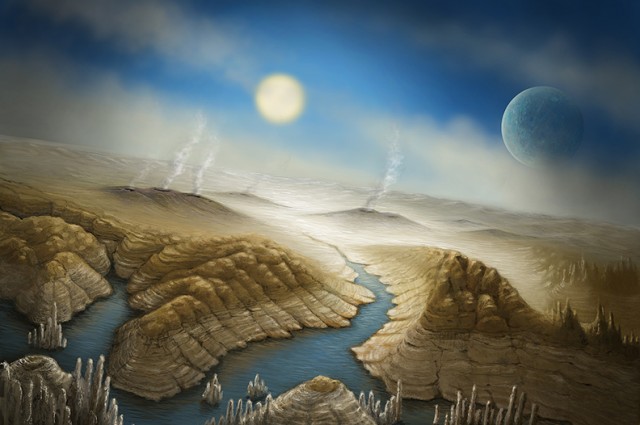 SEE ALSO: A NASA Spacecraft Flies By Pluto For The First Time In History.