Glass walkways are all the rage in China. The first glass-bottomed bridge opened in the Hunan Province and an even bigger one is opening later this year. But tourists’ enthusiasm for the trend may fade after one of the walkways cracked.

A section cracked right under the tourists’ feet

Lee Dong Hai was a tourist visiting the walkway at Yuntai Mountain Geological Park in Henan Province, China. Around 5 p.m. Monday afternoon, a section of the walkway cracked. Considering how high up this walkway is, the tourists were screaming and terrified. Hai posted on the social media site Weibo:

“I was almost at the end and suddenly I heard a sound. My foot shook a little. I looked down and I saw that there was a crack in the floor.  A lot of people started to scream,” Hai wrote. “I screamed out, ‘It cracked! It really cracked!’ and then I pushed the people in front of me so that we could run out of the way.” 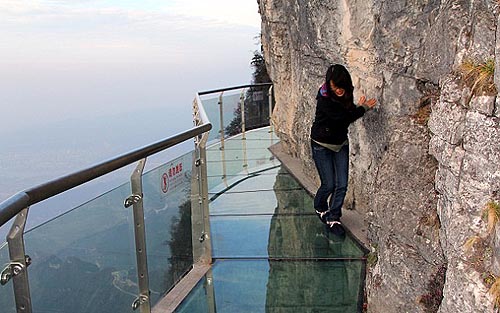 They were not in any actual danger, according to the tourism bureau.

A spokesperson for the Yuntai Mountain tourism bureau said that the cracks happened because a tourist dropped a stainless steel mug on the walkway. Of the three layers of glass covering the walkway, only the first broke. The bridge is also strongly reinforced and designed to stay intact even if the glass cracks. The walkway, which just opened in September, is closed until further notice. 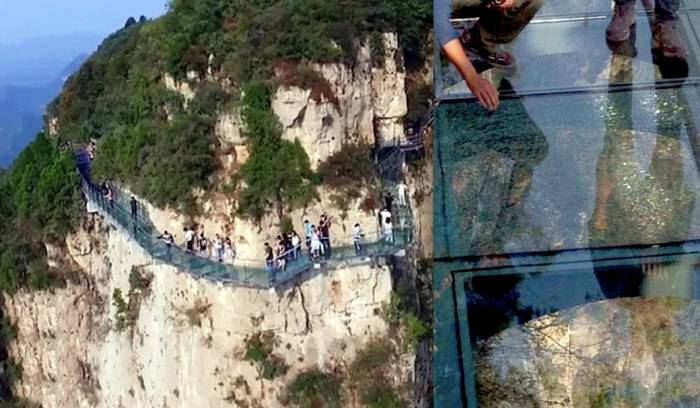