China Opens Its First Glass-Bottomed Bridge And It Looks Terrifying

China built a bridge so terrifying that it is named Haohan Qiao, meaning Brave Men’s Bridge. Even though the architects say that it is completely safe to cross, it still takes some serious bravery to walk across it.

It is insanely high up

Brave Men’s Bridge is located in China’s central Hunan Province. It was originally a wooden bridge until the park put in a small glass section in 2014. The glass walkway is suspended an incredible 180 meters, or 590 feet, above the ground. It hangs over a big drop. 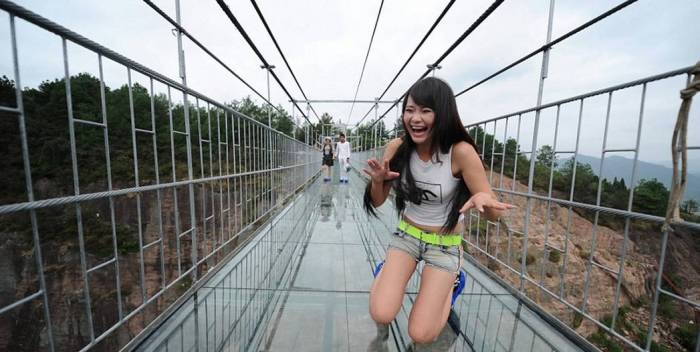 The tourists love it

This is China’s first all-glass suspension bridge and it opened just in time for the biggest tourism week in China. Every one of the glass panes is 24 millimeters thick, so it is 25 times stronger than normal glass. 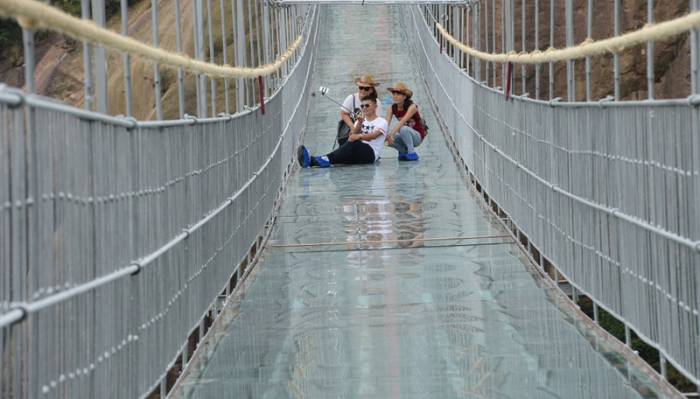 Despite the scary appearance, it is quite sturdy

“The bridge we build will stand firm even if tourists are jumping on it,” one of the construction workers said. “The steel frame used to support and encase the glass bridge is also very strong and densely built, so even if a glass is broken, travelers won’t fall through.” 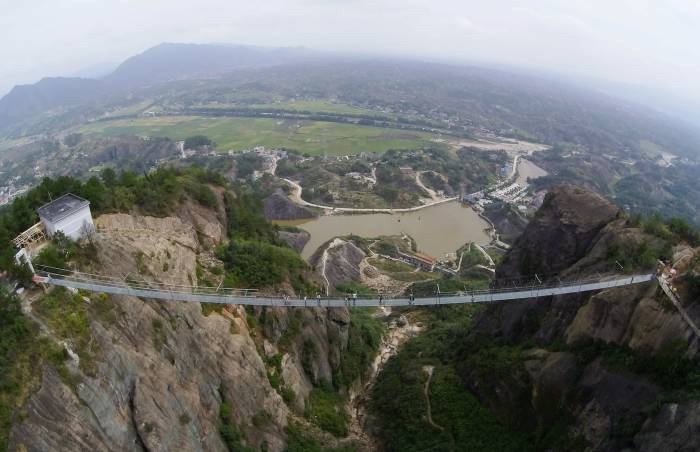 It will have to hold hundreds of people at once

The bridge was designed by Israeli architect Haim Dotan. He says the bridge will be a runway for fashion shows and be able to hold up to 800 people at once. 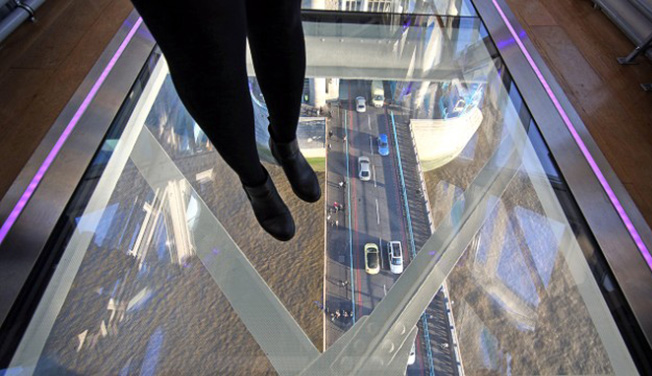 As if this one is not terrifying enough, they are making an even longer one

Another glass bridge is being opened later in the year.  This one will be in Zhangjiajie Grand Canyon area and it will go across two cliffs over a 300-meter (984-foot) vertical drop. The Zhangjiajie bridge will be the world’s highest and longest glass bridge at 430 meters long and 300 meters high. 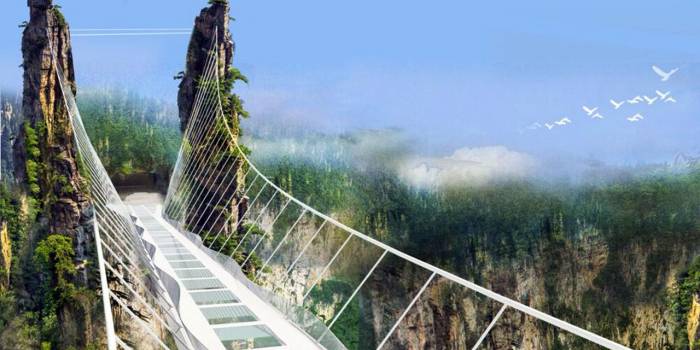 The brave ones will be able to bungee jump

Adrenaline junkies will rejoice. Once it opens, The Grand Canyon of Zhangjiajie skywalk will also offer the world’s highest bungee jump. 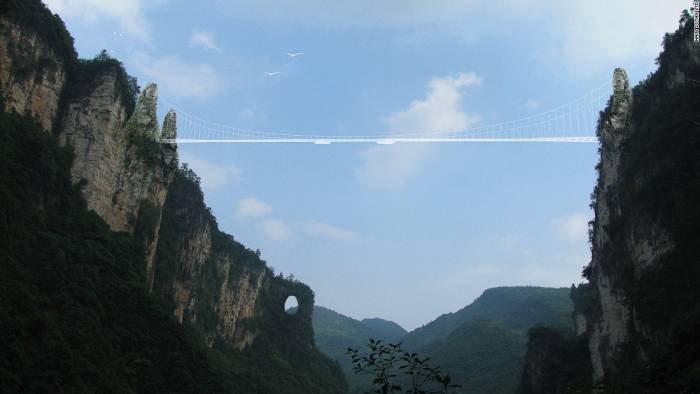 SEE ALSO: Do Not Look At These 24 Pics If You Are Scared Of Heights.