NASA scientists have long searched for the existence of liquid water on Mars. Billions of years ago, the planet had rivers, lakes, and possibly an ocean. But in the past few years, scientists were only able to find frozen water on the polar caps. Now they have finally found evidence that water flows in liquid form on the red planet – a key feature in sustaining life.

An old theory was confirmed

In 2011, dark streaks were seen descending the craters, canyons and mountains of the planet. These would get longer during the summer and fade during the cooler seasons. Scientists long suspected that the streaks had something to do with water. They were able to confirm that theory when hydrated salt and waterlogged molecules were discovered in four locations; the signs of salt would also disappear when the streaks faded. If hydrated salt is present on the surface, then liquid water must be as well. So scientists are able to definitively conclude that there is liquid water on Mars. 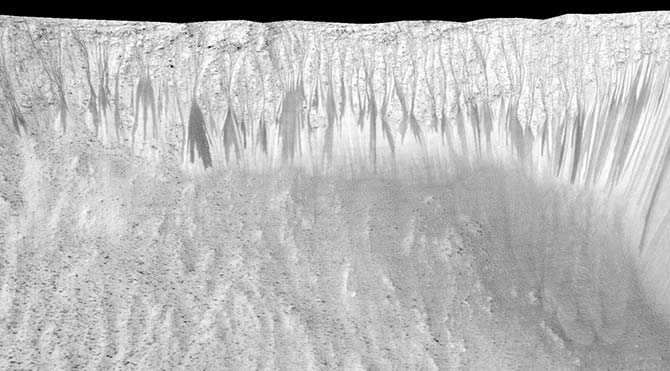 This is an exciting moment for the scientific community

This discovery means that Mars is more habitable than previously thought; experiments testing for life will likely be a priority for the scientific community. John M. Grunsfeld, NASA’s associate administrator for science, mentioned perhaps sending a spacecraft in the 2020s to one of these regions. The news is very encouraging for those who have been studying the planet. Alfred McEwen, the operator of NASA’s HiRISE high-resolution camera on the Mars orbiter, believes “It’s very likely, I think, that there’s life somewhere in the crust of Mars, microbes.” 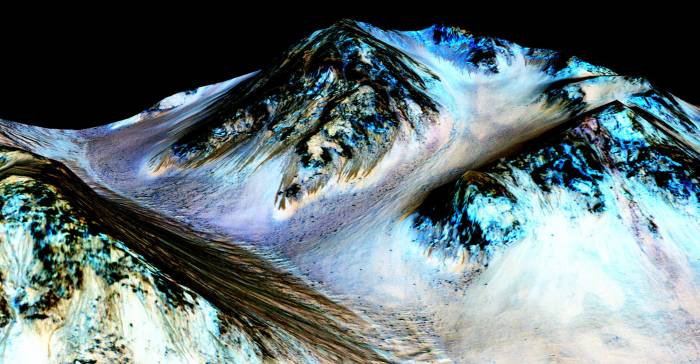 This could mean there is life beyond Earth

Though this discovery does not prove that there is life on Mars, it shows that it is highly possible. “This is tremendously exciting,” said James L. Green, the director of NASA’s planetary science division. “We haven’t been able to answer the question, ‘Does life exist beyond Earth?’ But following the water is a critical element of that. We now have, I think, great opportunities in the right locations on Mars to thoroughly investigate that.”

There are still a few mysteries to solve

No one is entirely sure where this water is coming from –  theories include that the surface is absorbing moisture from the atmosphere, that the subsurface ice is melting, or that it originates from a liquid-water aquifer. Discovering the origin of the water is NASA’s next focus. There are also other factors needed for life. The Mars rover has detected methane and other chemical signatures on the surface that suggests past or present life. How habitable the planet also depends on how salty the water is and how cold the weather is.