Ufot Ekong is a 24-year-old Nigerian student who recently graduated with a first class degree in electrical engineering from the prestigious Tokai University in Tokyo, Japan. During his time at Tokai University, the Nigerian student won six awards for academic excellence, solved a mathematical equation that was unsolvable for 30 years, but most importantly, earned the highest grade point average given at a Japanese university since 1965!

Ekong accomplished all these achievements while working two jobs to pay his tuition fees. The young mathematician from Lagos speaks four languages: English, French, Yoruba and Japanese. During his free time, he plays the saxophone and manages a clothing store. 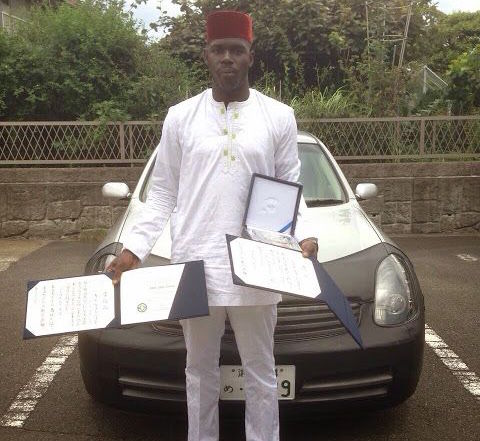 An engineer destined for greatness

Ekong, who is currently working for Nissan, has two electric car design patents to his name. He designed an electric car that can drive as fast as 128 km/h. Congrats to this brilliant young man!