Heart disease is a serious issue – according to the World Health Organization, cardiovascular diseases are frequent causes of death throughout the world and killed 17.5 million people in 2012 alone. They are often assumed to be modern ailments caused by poor diet and a sedentary lifestyle. The modern Western diet is often blamed for the rise of heart disease globally. But X-ray scans of mummies may prove that theory wrong.

There have been X-ray scans of mummies from different ancient societies, such as the hunter-gatherers of Kagamil, ancient Egypt, Peru and the American Southwest. In each civilization, researchers found signs of heart disease and atherosclerosis: the plaque lining the arteries near the heart. This suggests that heart disease is nothing new. Moreover, these ancient civilizations did more physical activity than people do today and they did not eat processed foods. They also had a variety of different diets, and the atherosclerosis shows up in all of them. The team of researchers, which includes specialists in cardiology, X-rays, anthropology and other fields, said:

“Although commonly assumed to be a modern disease, the presence of atherosclerosis in pre-modern human beings raises the possibility of a more basic predisposition to the disease.”

There are some skeptics

Many are finding this news hard to believe, pointing out that this was only found in a small number of mummies. Gino Fornaciari a paleopathologist at the University of Pisa, said:

“In my opinion the ancient populations did intense physical activity and followed a diet rich in vegetable, free from saturated fats, and therefore [had a] low risk of developing atherosclerosis.”

He noted that only those in the elite classes would have diets that put them at risk. The bodies have also been dead for so long that other chemical changes might have caused the plaque. However, the researchers say that the appearance of atherosclerosis in the mummies is “virtually identical” to the appearance of atherosclerosis in their patients – so in their opinion, it is unlikely that it was caused by anything else. Researchers can also point to other evidence. For example, there is an ancient Egyptian text that says:

“If thou examinst a man for illness in his cardia, and he has pains in his arms, in his breast and on one side of his cardia … it is death threatening him.” 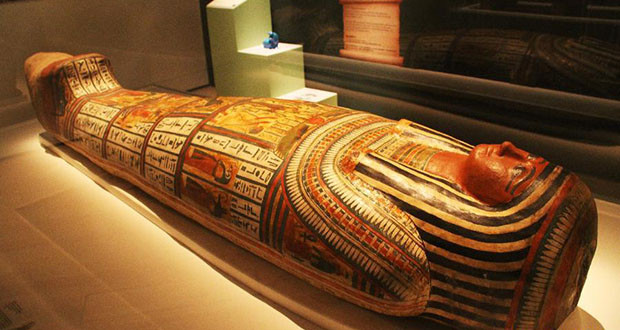 What does this all mean?

This is changing the perspective of some cardiologists. One of the researchers, Gregory Thomas, is the medical director of the Heart Institute at Long Beach Memorial Hospital in Long Beach, California.

“When I became a cardiologist 30 years ago, I was pretty dogmatic about the low-fat, low-cholesterol diet to prevent heart disease,” he said,  “[But] we’ve been unable to find a culture without atherosclerosis and I’m not really sure what to eat, personally, to delay atherosclerosis, or what to recommend to patients. Of late, I tell people to stay lean.”

Randall Thompson, a cardiologist at St. Luke’s Mid America Heart Institute in Kansas City and a professor at the University of Missouri-Kansas City School of Medicine, said:

”At least part of this disease is not explained by traditional risk factors. These ancient people didn’t have preservatives, everything was organic, they didn’t smoke and they got plenty of exercise.”

Therefore, while it is obviously still important for people to monitor their diet, there may be much to learn about heart disease.

“We have this wistful hope that if we go back to nature that we would markedly delay atherosclerosis,” Thomas said. “But these people ate a natural diet, and they still had heart disease. I no longer think that way.”

SEE ALSO: Experts Are 90% Sure That There Is A Hidden Chamber In Tutankhamun’s Tomb.