Tourists Help Save A Lion Trapped By Poachers In South Africa

A group of tourists were enjoying a safari in South Africa’s Kruger National Park when they spotted something disturbing. They saw a young, male lion on the side of a road. The creature was thin, weak, and appeared close to death. It also had a poacher’s noose wrapped around its neck. Appalled at the lion’s condition, the tourists posted picture of it on social media to alert authorities. The pictures they took went viral and caught the world’s attention.  Their quick thinking ensured that the wounded animal was found and rescued.

A tourist first reported seeing the lion on Saturday, January 2nd. A search team was immediately dispatched to save the wounded animal. However, the team search the area for an entire day and was unable to find it. Officials believe that by the time the search team made it to the reported location, the lion had ran off into a different section of the park. The park is huge.  It covers an area of 7,523 square miles, or 19,485 square kilometers. This is just under 500 miles short of the size of Israel.

“There’s a perception that it’s so easy to find these animals and that’s not true,” Glenn Phillps, the managing executive of the park said. “It’s a 1,400-kilometer boundary which we manage all the time with 700 rangers — rangers that now must mainly focus on anti-poaching operations,” he added.

The rangers focus largely on protecting the park’s cherished rhino population; rhinos are especially at risk from poachers after the ivory in their horns. 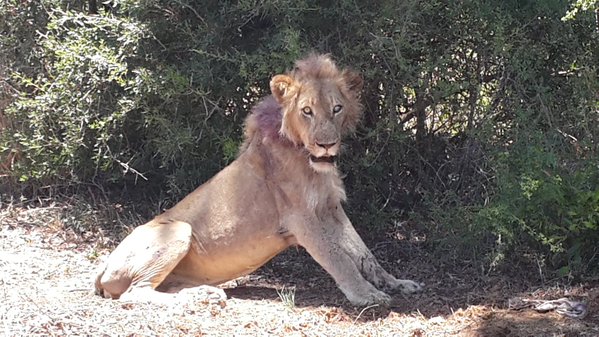 Tourists who managed to see the lion posted photos on social media.

“Social media was ‘crucial to this operation,” Phillps said. “Because people were able to communicate and post pictures on Facebook, we were immediately able to get a sense of the condition of the animal for our vets, and we were also able to get markers of where the lion was last seen.”

So while the team was unable to track and find the animal, they were able to use the recent pictures posted online.  The lion was finally found on Tuesday, January 5th.  It is a good thing they found it when they did – the lion was walking through a river full of crocodiles.  He was tranquilized by a dart shot from a helicopter.  After the animal was unconscious and rescued, a team of doctors took a look at his wounds.  They concluded that the lion was not severely wounded and would be able to make a full recovery. 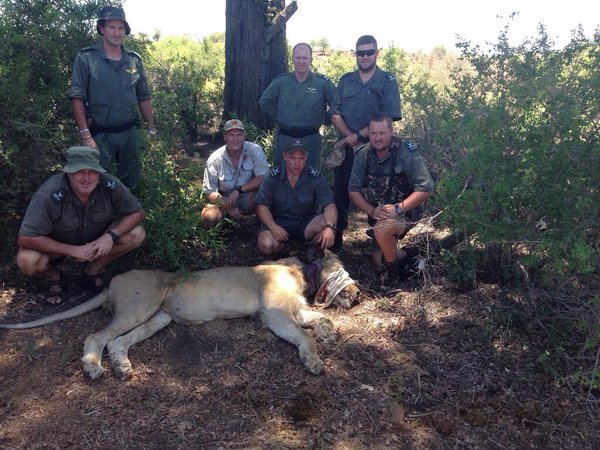 A brutal method of killing

The use of snares – a trap with a noose – to capture and kill animals is a serious problem at the park.

“It is a totally indiscriminate and brutal way of killing,” Phillps said. “Usually the harder the animal struggles, the tighter the snare becomes.”

This lion was very lucky to break away from the trap and the rescuers were able to remove it.  The pictures shared on social media looked extremely gruesome.  But luckily, the lion was not as hurt as it looked.

“What the vets found was that the skin on the surface was damaged and broken, but the actual tissue below was intact,” he said. “So the wound looked a lot worse than it actually was.”

The lion may have escaped his fate, but many are not so lucky.  This is still a major issue throughout national parks in African countries.  Hopefully this incident has created more awareness. 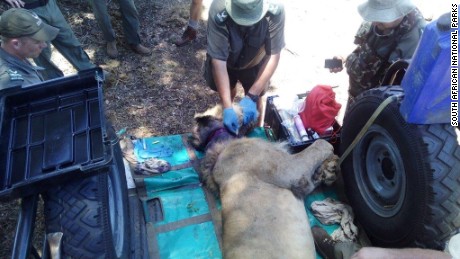