Getting around can be a problem for residents of most large African cities. African commuters are all familiar with overcrowded minibuses, honking cars, fumes, and most of the times, bad roads. In Addis Ababa, Ethiopia, it is now possible to use a new means of transportation to get around. Ethiopian authorities opened the first part of their light rail system.

Breaking into the light rail club

Believe it or not, this is the first urban metro system built in Sub-Saharan Africa. The $475 million project was built and funded by the Chinese. The open line is 17 km long, and it is expected to carry 60 000 passengers per hour when fully operational, at a speed of 70 km/hr. The system will include 39 stations and trains that will operate from 6 Am to 10 Pm, and fares will range around 6 Ethiopian birr ($0.29) after government subsidies.

The operations will be managed by the Shenzhen Metro Group and China Railway Engineering Corp. for five years. This light rail system is supposedly going to cost approximately 1.5 billion birr a year($72 million) to maintain. Ethiopia’s Transport Minister, Workneh Gebeyu, to the press:

“The government is subsidizing this transportation system, this is not for commercial purpose, it’s for the public”

China is also financing a new full-sized railway in that will connect Addis Ababa to Djibouti. The projects is scheduled to be inaugurated next year. 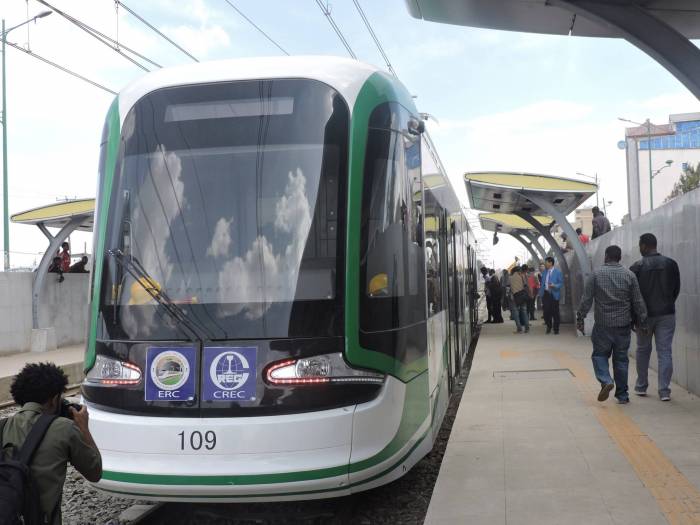 Watch a video that describes the project below:

SEE ALSO: The 16 Countries Where You Will Find Africa’s New Millionaires.