Ancient Egyptian Treasures Are About To Be Unveiled

New artifacts from Ancient Egypt are going to be exhibited for the first time in modern history. They were excavated from the underwater ruins of Thonis-Heracleion and Canopus. The cities were submerged by an earthquake and tidal waves.

The first city, Thonis-Heracleion, has both an Egyptian and a Greek name. It was founded sometime during the 700s BC and was very wealthy at one point. It was a maritime city – over 700 ancient anchors and 60 wrecks dating from the sixth to the second century BC were discovered. The city contained several canals and had easy access to a port, so it often came into contact with foreign ships. Before the ruins were finally found, all we knew about the city came from ancient literature. The famous Greek historian Herodotus mentions a great temple; he also wrote about Helen’s visit with Paris before the Trojan War. 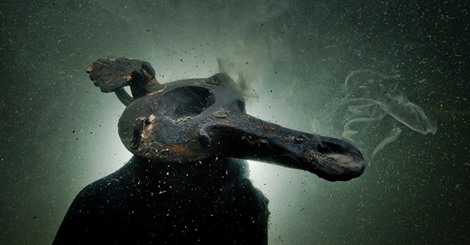 The other city is called Canopus, and it is also mentioned in ancient literature. The poet Nicander wrote that Canopus, who piloted King Menelaus’ ship during the Trojan War, died from a snake bite on the coast of Egypt. His master created a monument for him at the mouth of the River Nile, and the town of Canopus was later created. This city was the principal port in Egypt for Greek trade before Alexandria was founded. In addition to being mentioned in Greek mythology, it was also a notable place for Egyptian temples – it had sanctuaries dedicated to Osiris and other gods, where ritual ceremonies were performed. An oil lamp used during ceremonies and the remains of animal sacrifices were discovered. 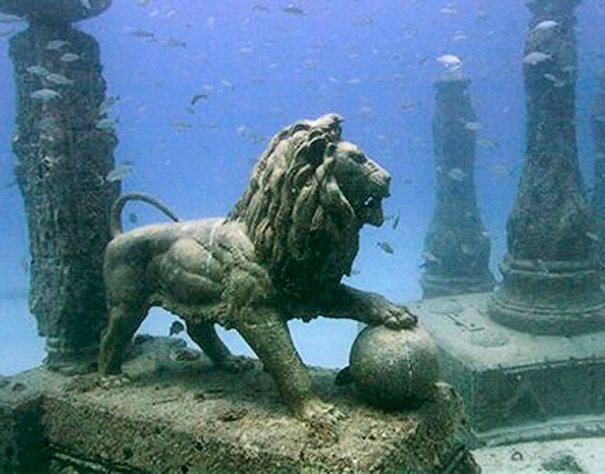 The exhibition, named Osiris, Sunken Mysteries of Egypt, will feature over 290 artefacts. It will be staged at the Arab World Institute in Paris from September 8th until January 31st. Along with the ceremonial lamp, a sculpted statuette of a pharaoh, a highly realistic black granite priest’s head, a ceramic depicting the god Bes and a golden-eyed depiction of god Osiris were also found at the site. There are also several colossal statues, pieces of jewellery, coins, ancient texts, and inscriptions. One of the texts is the Decree of Canopus, a document that describes donations, sacrifices and a procession on water. Franck Goddio, a French marine archaeologist who led the excavation, said “There will be many important artefacts which have never been seen before, even in Egypt, as they have been discovered recently during our underwater missions.” 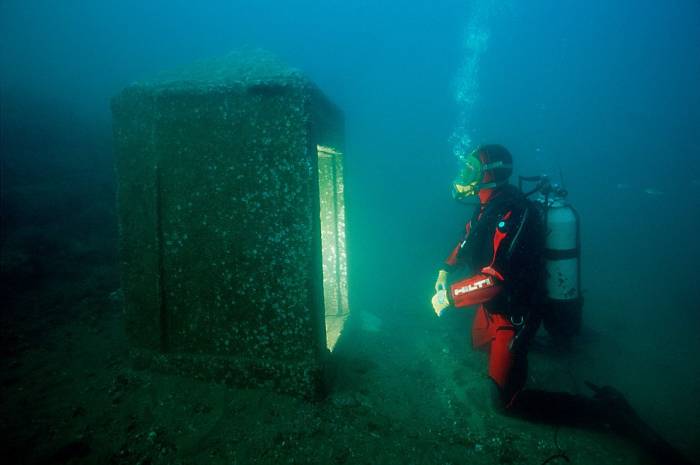 SEE ALSO: A Mass Grave of 8 Million Dogs Was Discovered in Egypt.