An African Comedian Joins Trevor Noah On The Daily Show

According to a Comedy Central Africa announcement, Ugandan-born comedian David Kibuuka will be joining The Daily Show‘s new host Trevor Noah. David Kibuuka, who is best known for working as a field correspondent on the satirical news show Late Nite News, will join the team as a staff writer. Trevor Noah is set to replace Jon Steward as The Daily Show‘s new host on September 28th, 2015.

A comic at heart

Kibuuka graduated with an Honours Degree in Finance from Wits University but was seduced by the entertainment world. “I have a BCom degree but don’t think I will ever use it. Can you imagine if I went for an interview today – so what have you been up to all these years? – telling jokes! No one would hire me.” Kibuuka says he loves comedy because comedians can touch on any subject and put a comic twist at the end.
His career as a comedian started when he won the 5FM’s Freshest Five talent show. David has never looked back ever since. In 2011, he received a Standard Bank Ovation Award for the Best Comedy Show at the Grahamstown Arts Festival and in 2014, he David had his first sports assignment. He covered the Fifa World Cup in Brazil for eNCA’s show Late Nite News.
We wish him the best of luck in his new project in Los Angeles. 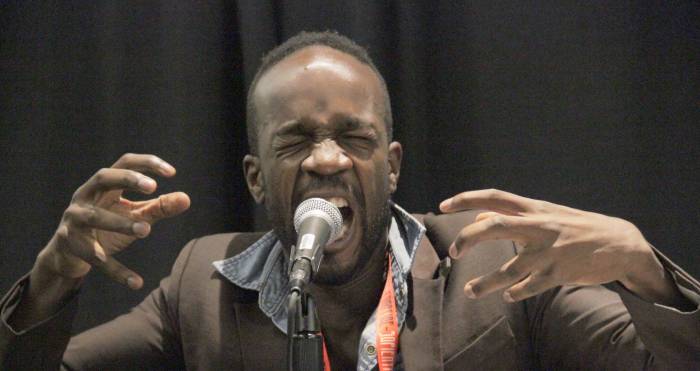 Watch a funny video of Kibuuka on stage:

SEE ALSO: Trevor Noah Clears Some Rumors And Shares Advice With You.