In Sierra Leone, a young woman named Fatu Turay was dying of Ebola and had just given birth to a child. The baby’s father was gone and she had no family to help her out. When she arrived to the Ebola holding center, she met Nurse Donnell Tholley. He was so affected by her story that he did something incredible.

Tholley, aged 25, had learnt not to get attached to the patients in the center – most of them would lose their fight to the terrible disease. The Ebola epidemic has killed nearly 4,000 people in Sierra Leone alone. But something about Turay was different. He asked her what the child’s name was, to which she replied “Bobo.” Tholley noted that this was not a real name; Bobo is a term of endearment meaning my sweet boy. He gave his name and number to her and then attended to other patients. Turay and her baby were soon taken to a treatment center. 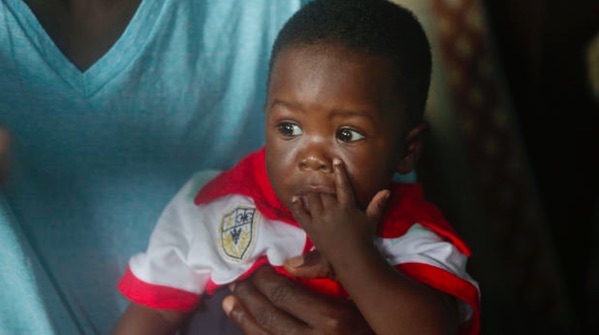 A week later, a nurse called Tholley and told him that his wife was dying. He told them he did was not married, but realized that this must be Fatu Turay, the woman he gave his number to. By the time he got to the treatment center, Turay had already passed and her body was taken for burial. She had held her baby in her arms until she died. The young boy was only two weeks old and had lost both parents. Those orphaned by the Ebola epidemic without any family to take them in often do not get adopted. Many fear to take the children whose parents had fallen to the disease. The baby was placed in a hospital in the capital. He had no one to nurse him and there were times they could not afford formula, so he was constantly battling hunger. When Tholley went to visit the struggling child, the nurses begged him to take the child home with him. 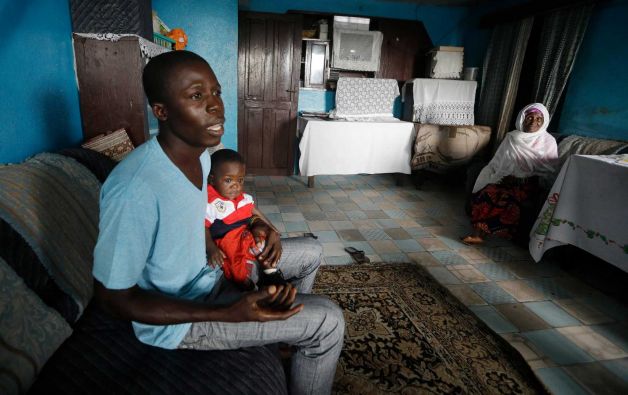 Tholley knew it would be difficult to take care of a child when he worked such long hours; but if he would not take this child, who would? The baby was so hungry that his ribs protruded. There was no else to do the job and with no one to take care of him, the boy would likely die. “I kept thinking of this boy and how at his young age he had no one else,” Tholley says. He rallied some family support and decided to adopt the baby. He also gave the boy a real name: Donnell Junior. 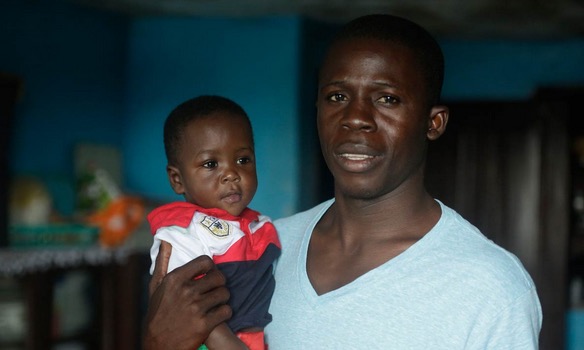