Sapphyre Johnson is an adorable three-year-old from Tennessee in the US. Due to a congenital condition, she was born with two fingers on each hand and one toe on each foot. When she was a baby, the doctors amputated her feet. She has been living at the Shriners Hospitals for Children, South Carolina since then. She has had several surgeries to be fitted for prosthetics. The tough toddler learned to walk using these prosthetics, but she also got to take home a new friend that is just as strong and special as she is.

It was love at first sight

Karen Riddle called the hospital and told them she had a White German Shepherd puppy that was born missing a front paw. The puppy’s name is Lt. Dan – an homage to an amputee character in the famous movie Forrest Gump. Sapphyre’s mother showed her daughter a picture of the puppy and Sapphyre instantly fell in love. She quickly noticed the missing paw and felt a connection with him. 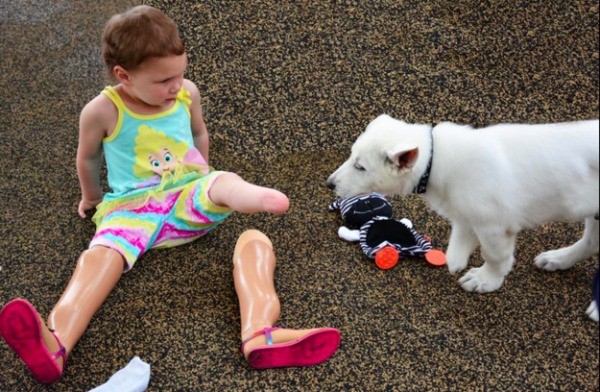 The breeder wanted Lt. Dan to go to a child with a similar ailment so that he would be properly taken care of. When they met, Sapphyre took of her prosthetics to show the puppy that they were the same. She paid extra attention to his little stump. Lt. Dan was the only one born without a paw in his pack. It must have been fate bringing these two together. 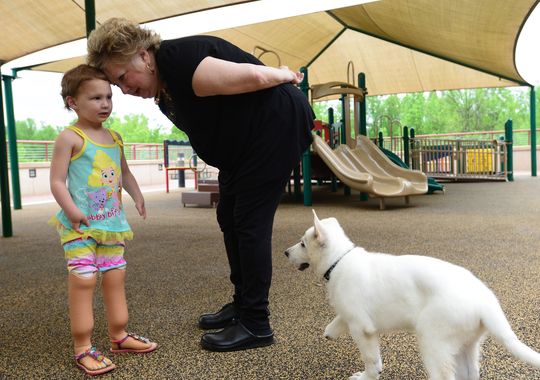