Tumbles is a six-week-old terrier mix puppy. Not only is he the runt of his pack, but he was also born with only two legs.

They did not think he would make it

Since Tumbles is so tiny and disabled, he had trouble competing for his mother’s milk. When he was two weeks old, he was taken to the Friends of the Shelter Dogs located in Athens, Ohio. FOSD is a nonprofit organization that rescues and provides shelter for dogs in need. Karen Pilcher, the organization’s rescue coordinator, said:

“He was getting pushed out by the others.  We thought he wouldn’t make it.” 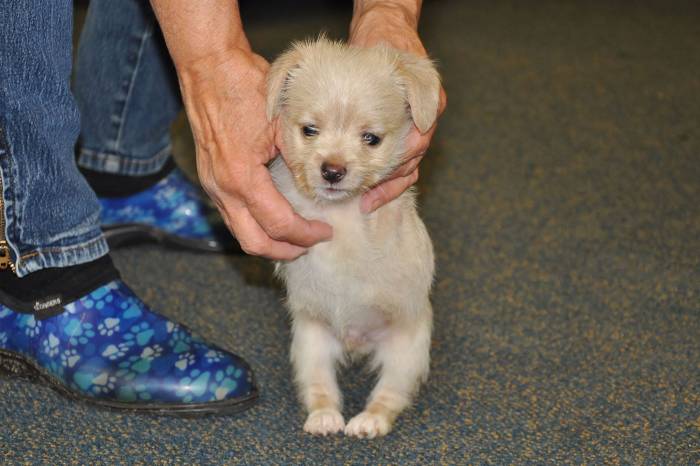 “We decided that he really needed extra special care and to be bottle-fed so he could become strong and healthy,” FOSD board President Angela Marx said.

When Tumbles arrived at the shelter, he weighed only one-and-a-half pounds. He was bottle-fed for a week. FOSD posted a picture of Tumbles on Facebook. A couple saw the photo and contacted the shelter with the idea of creating a bespoke wheelchair.

They created the wheelchair with a 3D Printer

“[The couple] came up with a design and contacted the Ohio University Innovation Center for help in creating it using their 3D printer,” Marx said. It took 14 hours to print. Once it was ready, they fitted Tumbles for the wheelchair. He cannot walk with it just yet.  “It’s going to be a process,” Marx said.

“He’s a little sweetheart and doesn’t act as if he has any limitations.  Since he is so little and still growing he needs to learn how to walk properly. Once the wheelchair is properly fitted he will need to go through physical therapy.” 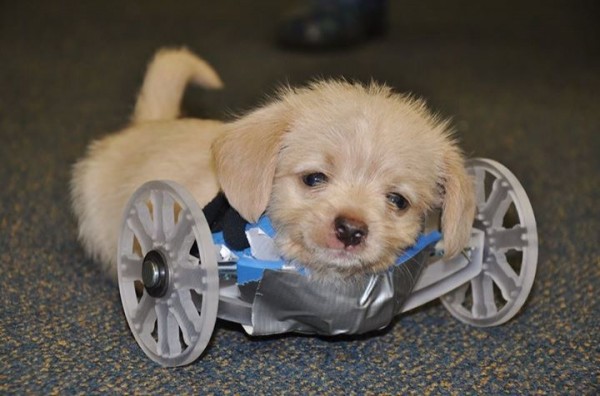 Tumbles is getting famous

The shelter took photos and videos of Tumbles getting fitted into his wheelchair and shared it online. Social media instantly fell in love with the adorable puppy trying to walk with the chair and several news outlets covered his story.  Marx said that the public’s reaction has been overwhelming “We are thrilled for Tumbles and the interest and joy he is bringing to others,” she said. 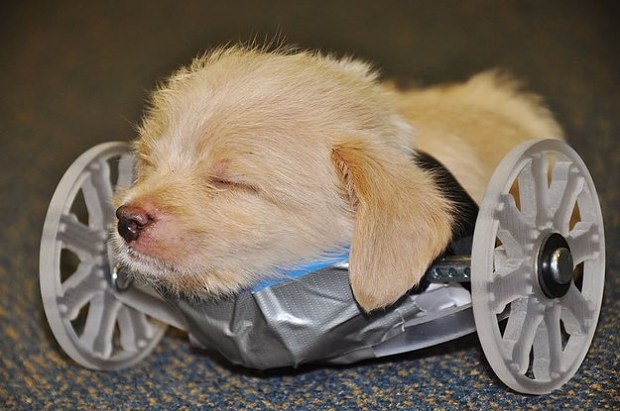 He will have a happy life

Tumbles is not currently up for adoption, but Pilcher has been serving as his foster mom and will probably adopt him.

“[His foster mother] has fallen in love with him and is working to give him every opportunity at a happy life,” Marx said. 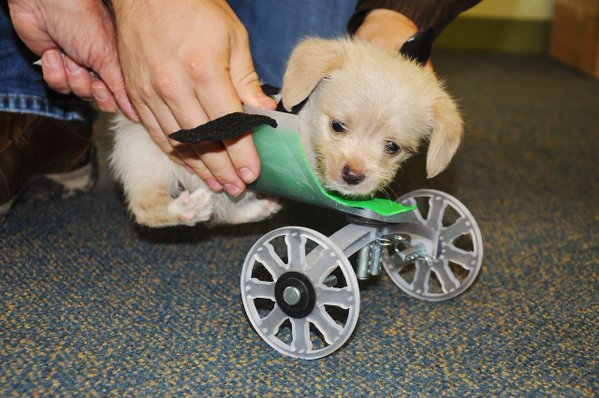 Watch the video of Tumbles getting fitted for his wheelchair below:

SEE ALSO: A Raccoon Was Rescued By Dogs And Thinks She Is One Of Them.