Prince Harry has always loved visiting African countries, but he became very frustrated during his latest trip to South Africa. He happened come across the carcass of a rhino killed for her horn and angrily spoke against poaching.

Prince Harry first visited Africa with his father and has returned several times. During the summer, he toured four southern African countries and worked with rangers and veterinarians to de-horn rhinos – an effort to cut down on poaching. He also has a charity called Sentebale, which helps the most vulnerable children in Lesotho.

“My love of Africa has never been any secret” he said.  “It’s just been a huge part of my private life. I’ve always wanted to keep it like that until I had the experience of age to give something back to a place that has given me and so many others the freedom and space we all crave.  This continent has given me thousands of happy memories since 1997 and for that I am indebted to it.” 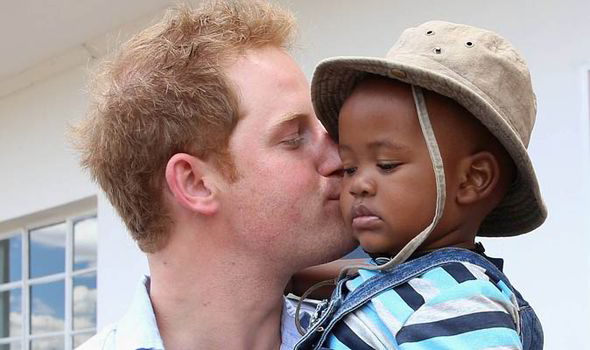 Harry got emotional at the sight of the carcass

When Prince Harry saw the carcass of a female rhino, he was clearly moved. He gestured at the carcass and said:

“This belongs to South Africa and it’s been stolen by other people.”

He noted that poaching in Kruger National Park has gotten out of control and that the numbers of rhinos poached in South Africa has grown by nearly 500 percent in just five years, with most happening in Kruger. This year alone, 1,500 South African rhinos have been killed.

“If current poaching rates continue there will be no wild African elephants or rhinos left by the time children born this year, like my niece, Charlotte, turn 25. If we let this happen, the impact on the long-term prosperity of this country and on the natural heritage of the planet will be enormous and irreversible,” he added.

The royal family is going to help

Prince Harry praised the rangers for their hard work –

“I now fully understand the skill you bring to your work, the sacrifices you and your families make for you to do it, and the perseverance you demonstrate every day in the face of huge challenge.”

He announced that the United for Life consortium is going to work with and fund the Southern African Wildlife College, “so that its graduates are equipped with the best techniques and technologies available to protect some of the world’s most endangered species.” His brother Prince William is also fighting against poaching by working with other countries to crack down on the illegal animal trade and reduce demand for things like ivory. And next week in London, William is hosting a global taskforce including transportation firms, government agencies and wildlife leaders. The taskforce will work to restrict global trafficking routes. 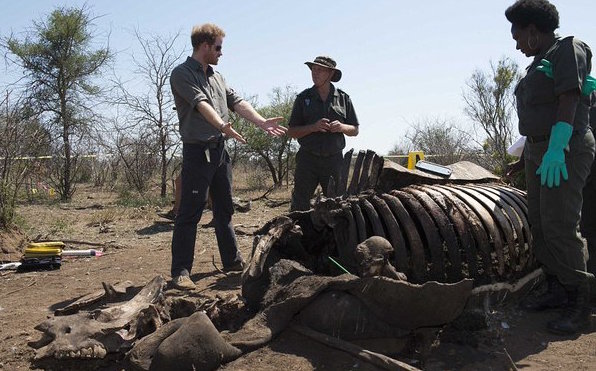