14 Stunning Photos Of Parents And Children At The Same Age

You may think you are nothing like your parents, but family genes are stronger than you realize. These side by side photos of parents and their children show them at the same age, and the resemblance is uncanny. 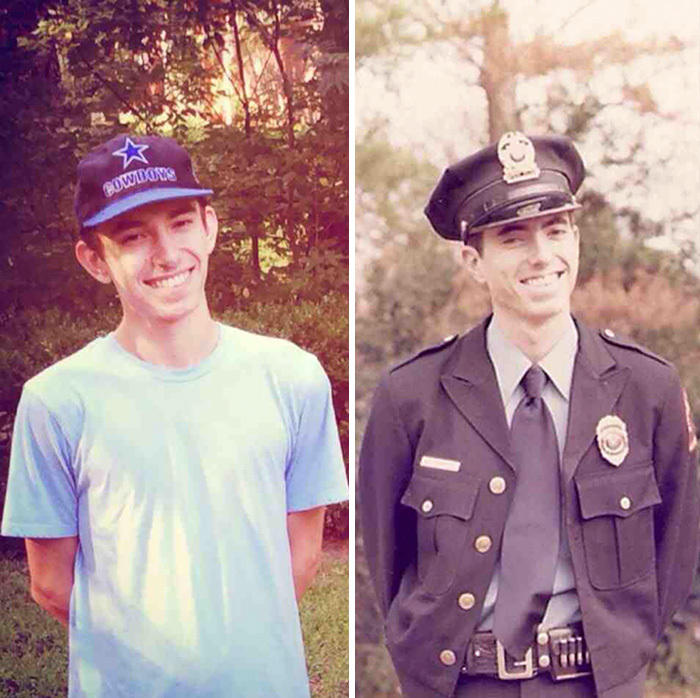 Had they been standing next to each other, many would have thought that they were twins. They are even posing in the same way. The son might as well wear the uniform. 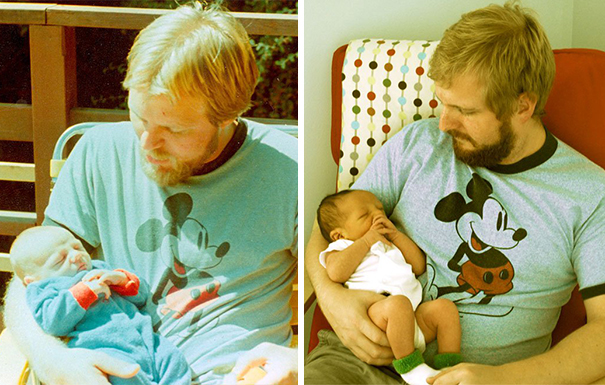 This is cute and creative. Both dads and babies look alike. The funny thing is that the son managed to find the same shirt that his dad was wearing. Thank God for vintage t-shirt stores. 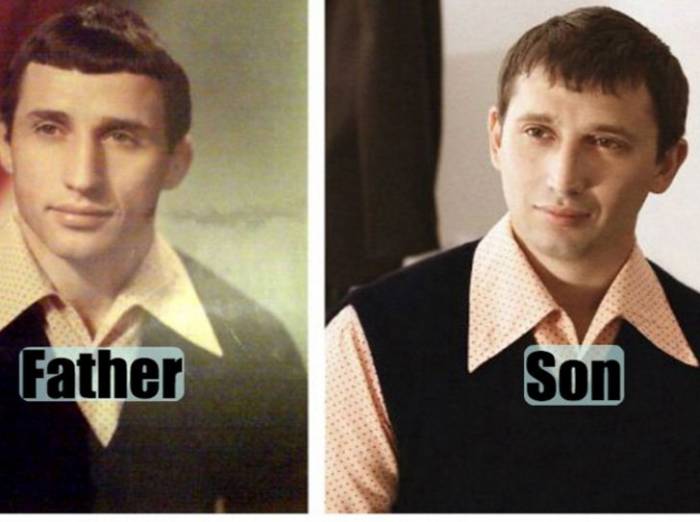 The father is on the left and the son on the right. It looks like the father spent a little more time at the gym than his son. What do you think? 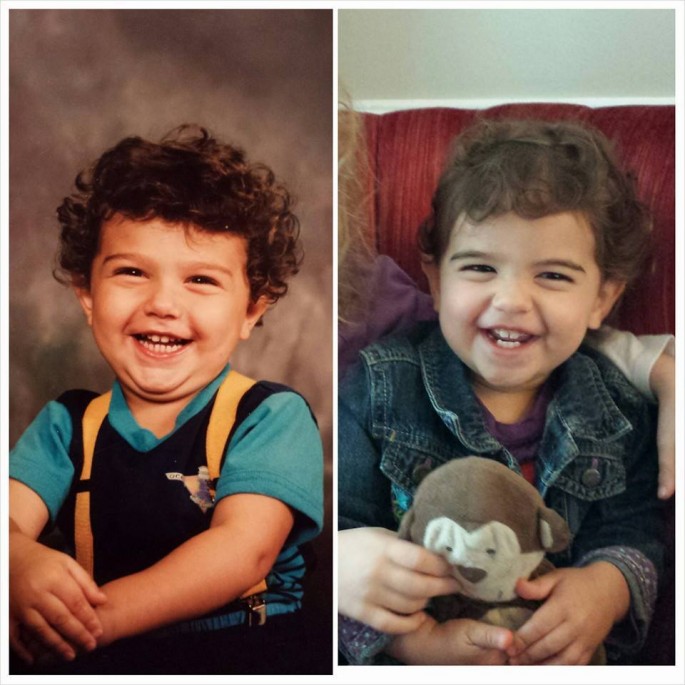 This curly haired pair could be twins, but they are really father and son. The father, pictured on the left, clearly passed his smile down to his son on the right. The way their eyes are squinting, the way their skin is wrinkled, and their toothy grin are all the same.

5. The apple does not fall far from the tree 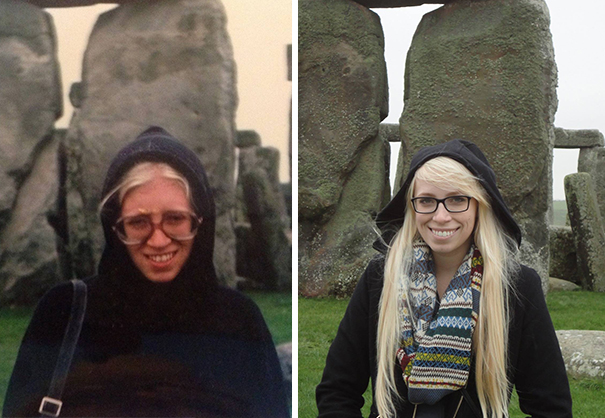 If is wasn’t for the pair of glasses and the picture quality, some people would have thought that the same person took a picture at the same place on two different days. 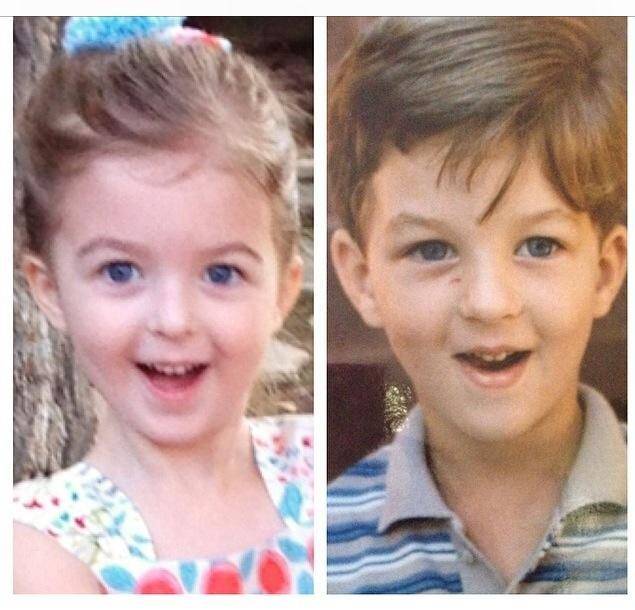 Being different genders does not make a difference. This little girl, on the right, has the same features as her dad. Look at the angled shape of their eyebrows, the way their eyes are positioned, and the adorable way their ears stick out. 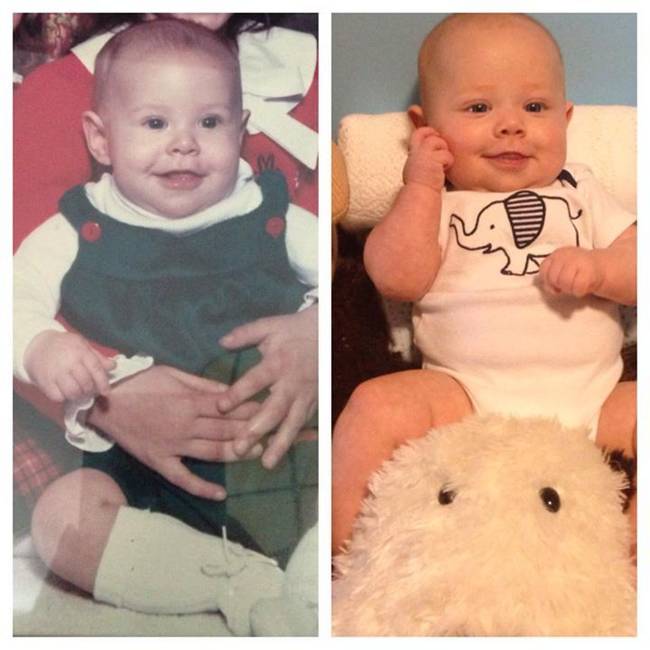 “My husband and son-both at 5 months!” one woman said.

Can you tell which one is which? Their lips have the same shape and are curved into the same smile. They both have a slightly flat nose and happy look in their eyes. 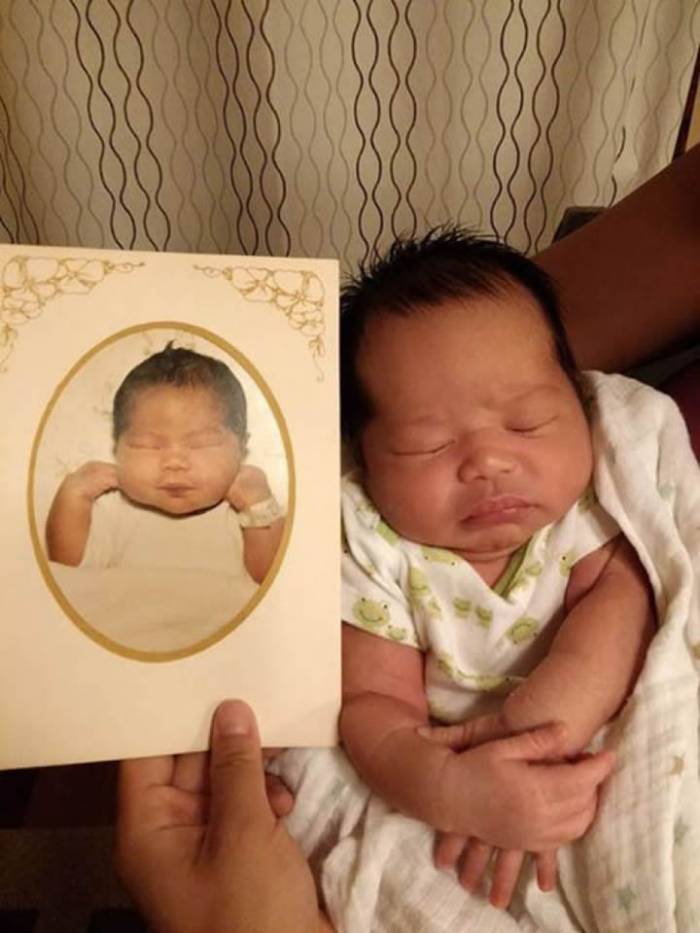 “My newborn photo, and my daughter when she was 10 days old (taken this past Mother’s Day, no less! :))” one mother shared.

The pouty lips, the nose, the eyes, the tiny chubby cheeks, the spiky black hair – it is all similar.  What a wonderful Mother’s Day gift! 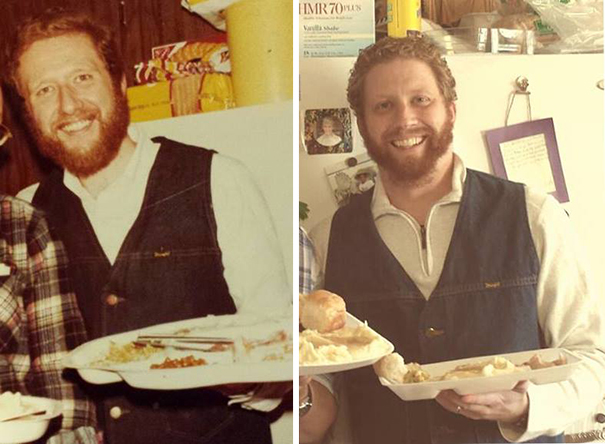 It is one thing when babies look similar. But some children still look like their parents even when they are all grown up – like this father and son. The way they shave their beard is even the same. 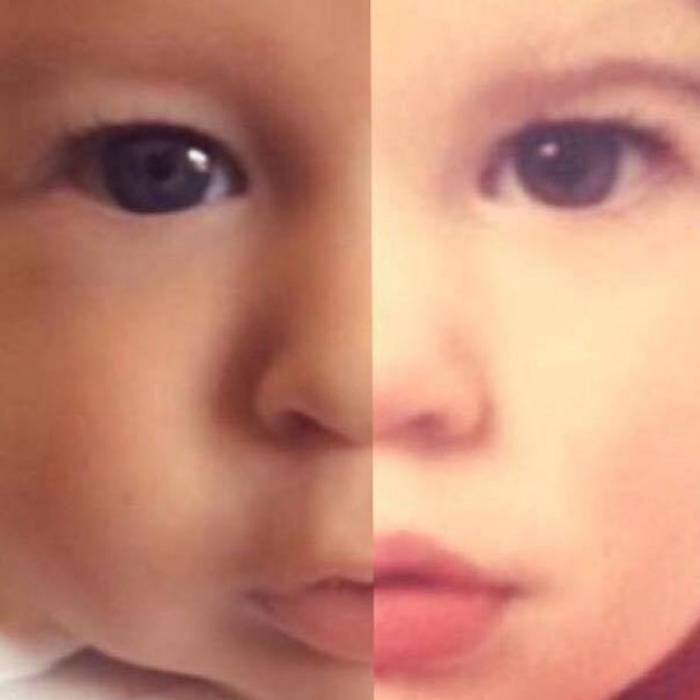 Now this one is scary accurate! The mother is on the right and her son is on the left. Their eyes and noses perfectly line up, and their lips are pretty close. Plus, their eyes have the same exact color and shape. 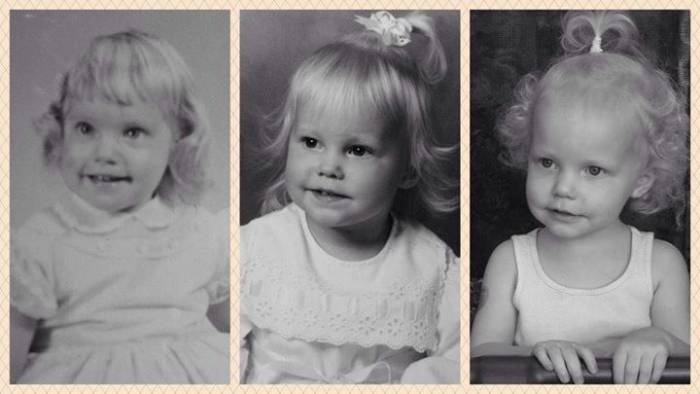 This is a mother, daughter, and grandmother all pictured at age two. The genetics are very strong in this family. The delicate, light hair, face shape, noses, and smiles carried over into three different generations. The setup of the photos are also similar, down to the pose and clothing. 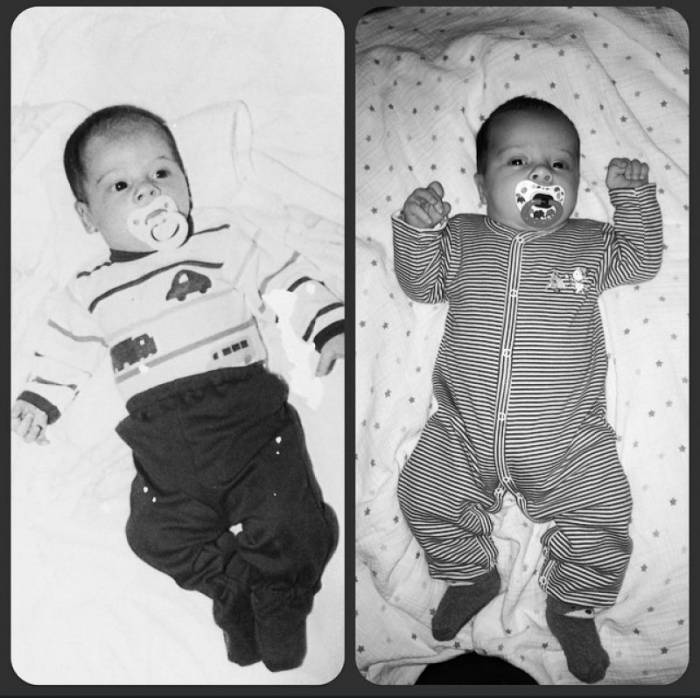 Here is another father and son pair that could be mistaken for twins as babies. Check out the short dark hair, eyebrow shape, big brown eyes, round face, and cute button nose. They are so similar! And they both love stripes. 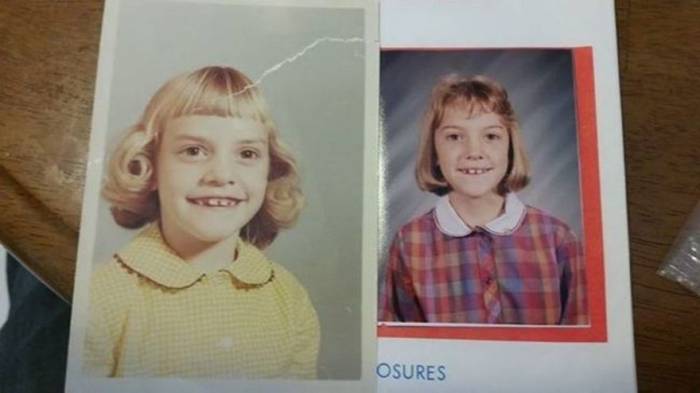 Everyone has terrible school pictures, even your parents. This mother and daughter had very similar awkward photos from the first grade. They share the cute gaps between their teeth and the extra short blonde bangs. Even their outfits are similar: the collared, button down, plaid dresses. 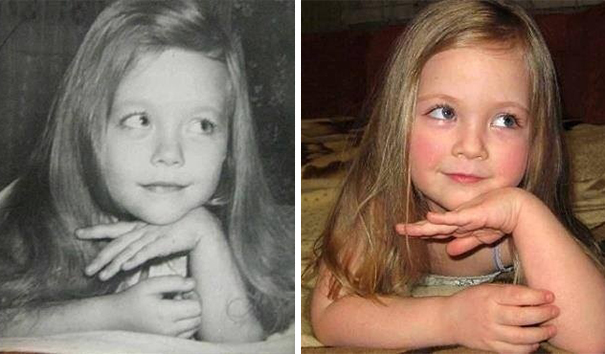 At this age, this grandmother and granddaughter are nearly impossible to tell apart. They share the same straight blonde hair, light eyebrows, big blue eyes, and lips. And to top it off, they are both striking the same fabulous pose.

SEE ALSO: Will You Recognize These 16 Celebrity Siblings?