Cameroon football legend Samuel Eto’o who currently plays for Antalyaspor in Turkey organized a charity match to celebrate the 10th anniversary of his charitable organization, the Samuel Eto’o Foundation. The group develops programs to help children in Africa. Unfortunately, the event was postponed until further notice because of the attempted coup in Turkey which left close to 200 people dead.

“Dear all, I am sorry to announce that for security reasons, Eto’o Charity Match, that was supposed to take place today [Saturday] at 8pm at Antalya Arena, is postponed until further notice. I thank each and everyone of you for your continuous support and count on your understanding. #Love,” Eto’o announced on Instagram. 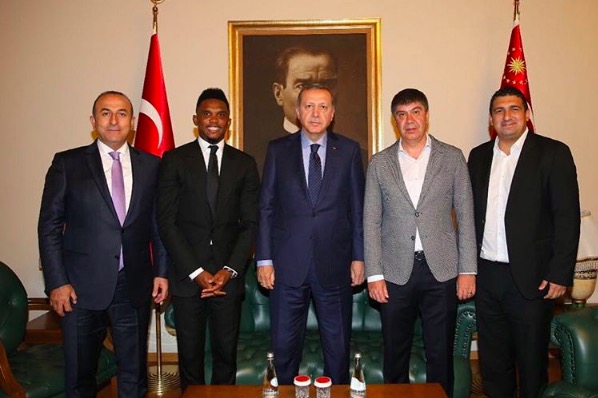 The festivities, co-organized with the World Tourism Forum, included a World Stars versus Turkey Stars charity match as well as a gala dinner to which an elite community of guests was invited. Turkish president Tayyip Erdogan, who is a former football player, had also agreed to attend the event.

“The match, which will be played with the support of President Recep Tayyip Erdogan and is expected to make a significant impact on Turkish tourism. About 33,000 people will view the match,” the organizers stated.

New dates have not been announced yet.

SEE ALSO: A Student Tutored Samuel Eto’o For Months Without Knowing Who He Was.