From The Entoto Space Observatory, Ethiopia Is Looking At The Stars

In 2004, three hopeful astronomers founded the Ethiopian Space Science Society (ESSS), an organization that aims to address the lack of space science activity and interest in Ethiopia. The ESSS, which has 10,000 members, opened the only space observatory in East Africa in order to kick-start space science technology in Ethiopia.

The ESSS’ Entoto Observatory and Research Centre, located on the 3,200-metre summit of Mount Entoto is the perfect place to observe space. Ethiopia is close to the equator and has clear skies and Mount Entoto is one of the best places to view Orion’s Belt. This $3 million investment allowed Ethiopia to be among the few African countries to have its own space program. 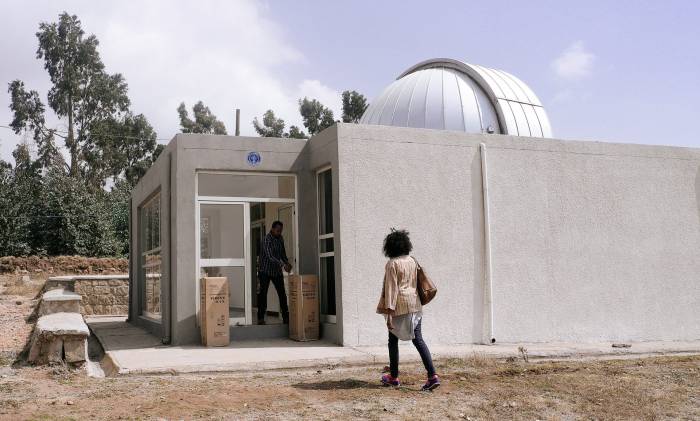 The space program has faced some backlash. Many people do not see the value of this project, especially since Ethiopia is going through its worst drought in a half century and the population is suffering from widespread famine. When the observatory first opened, very little government money was spent. The ESSS approached several private donors such as Saudi-Ethiopian billionaire Mohammed al Amoudi to fund research and build the observatory. The government took over running costs in March.

“It was our priority to convince the government – now they have been convinced,” said ESSS director Dr Solomon Belay Tessema.

Another challenge the program faces is being perceived as a threat to the church. Ghion Ashenafi, a 24-year old electrical engineer, does not believe that the space program is at odds with the church.

“For me it’s about attitude,” he said. “I always say God created everything. For me, science is a proof of God.” 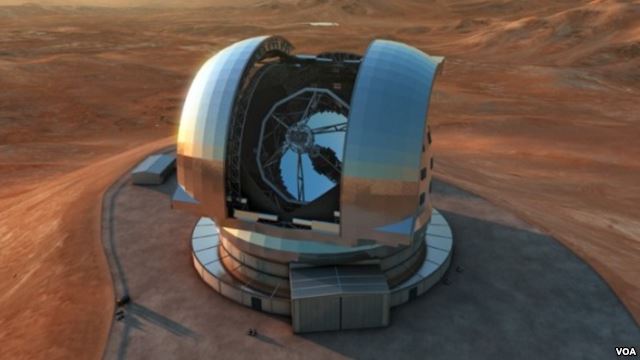 When facing criticism, the ESSS and its supporters encourage everyone to look at the big picture.

“They call us crazy because they think we’re [only] exploring outer space and gazing at the stars. But they can’t see the bigger picture,” ESSS member Abinet Ezra said.

Space science research is an investment that can help improve agriculture, telecommunications, education, healthcare and the economy. As Kelali Adhana, the International Astronomical Union chief for East Africa, points out:

The ESSS is also lobbying for more science education opportunities within Ethiopia. When Tessema was in school there were no postgraduate programs in astronomy and astrophysics in the country. He had to go to Sweden to finish his studies. And while he returned, many Ethiopians seeking higher education preferred to settle down outside of the country. Their education ends up not benefiting their home country – a phenomenon known as the brain drain.

“If someone studies here, they’re going to contribute to society. It’s a mechanism to control the brain drain,” he said. 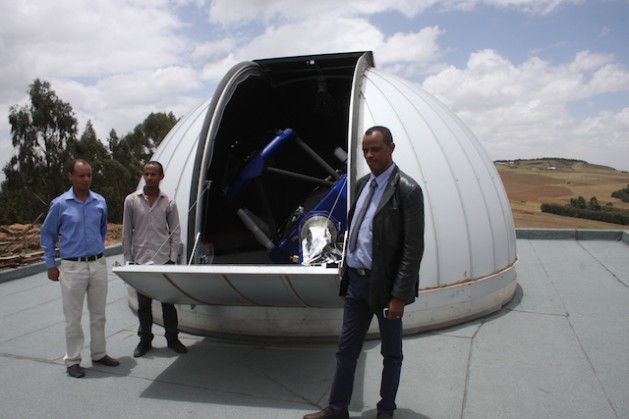 SEE ALSO: Here’s Why Ethiopia Should Be One Of Your Favorite Places To Visit In Africa.