The Portuguese overcame the French in a thrilling final of the European Championships match at the Stade de France in Paris. Thanks to a fantastic goal scored by Eder during extra time, Portugal beat France 1-0.

Portugal was clearly considered as an underdog in this match against tournament host France. The team, led by superstar Cristiano Ronaldo, failed to convince the critics after qualifying to the round of 16 without winning a single match. They finished third in their group and were very criticized for being overreliant on one man: Cristiano Ronaldo. Twenty-four minutes into the game, the superstar was replaced after suffering a knee injury. In tears, Ronaldo was taken off the court on a stretcher and replaced by Ricardo Quaresma. Despite this setback, the Portuguese team managed a very strong defensive performance against the French, which took the game to extra time. At the 109th minute, substitute striker Eder stunned the French goalkeeper with a low shot from 20m, helping Portugal secure their first major international title ever. 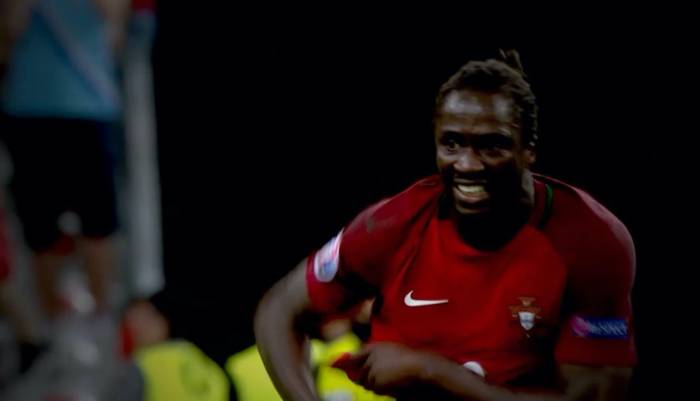 For many, Eder was unknown when he came on as a second-half substitute for Renato Sanches. Eder is one of five members of the Portuguese team who were not in Europe. He is a native of Guinea-Bissau along with Danilo. Pepe was born in Brazil, Nani in Cape Verde and William Carvalho in Angola. Eder, who is 28 years old, played 15 games with Swansea without scoring a goal before he was loaned to French club Lille OSC where he ultimately signed a four-year contract. The substitute striker said that Ronaldo inspired him:

“(Ronaldo) told me I would score the winning goal for the team, he gave me this strength, this energy and it was vital. It was a goal I’ve been working for from the first minute of the Euros. For all the work we did, for all of the Portuguese, it’s fantastic. It’s well deserved and we should all be congratulated,” he told the press.

He also thanked his coach for trusting him:

“I felt that Fernando Santos knows about my qualities ever since the day the squad was named,” Eder said. “He put his confidence in me and today, I paid him back. I’m very happy.”

SEE ALSO: 10 Football Players Who Aren’t As Famous As Their Brothers. Have You Ever Seen Them Play?
ADVERTISEMENT