A Persistent Drought Is Causing Trouble In South Africa

Many African countries have been recently confronted to high temperatures and little rainfall. It is due to El Niño – a year-long warming taking place along the equator in the eastern half of the Pacific and related to changes in the trade winds. Many believe that this weather phenomenon was intensified because of global warming. A terrible drought is affecting South Africa and many other African countries. According to the United Nations, 29 million people do not have a steady access to food, and the suffering harvests will only make matters worse.

The drought will not stop anytime soon

In its monthly forecast, the South African Weather Service said: “The forecasting system is confidently showing that going towards the late summer and early autumn seasons, the likelihood of dry conditions over most parts of the country is still high.” Models show that El Niño will remain strong throughout the late summer. “The persisting extreme dry and warm conditions for the summer season may worsen the current drought conditions which the country is already experiencing,” the weather service added. 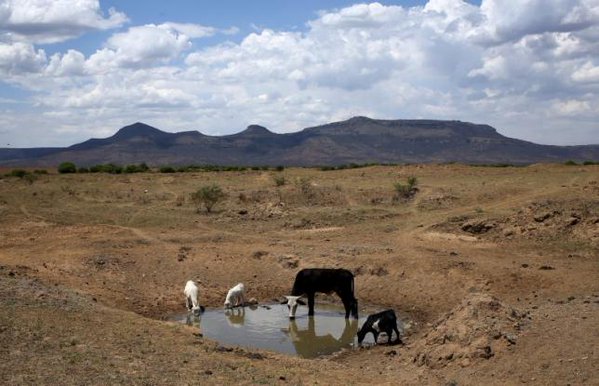 The economy will suffer even more

South Africa is the continent’s second-biggest economy. It is a top producer of corn. The government has declared disaster zones in five out of nine provinces, including North West – a major producer of corn. Corn is a crucial source of calories for many low-income households and it is the main staple in southern Africa. There are also water restrictions throughout the nation as the reservoir levels fall. The timing of this drought could not be worse. China’s economy has been slowing down and this has affected many African countries. Prices of raw materials and exports to China have fallen, which makes it more expensive to import food. South Africa could be close to a recession. 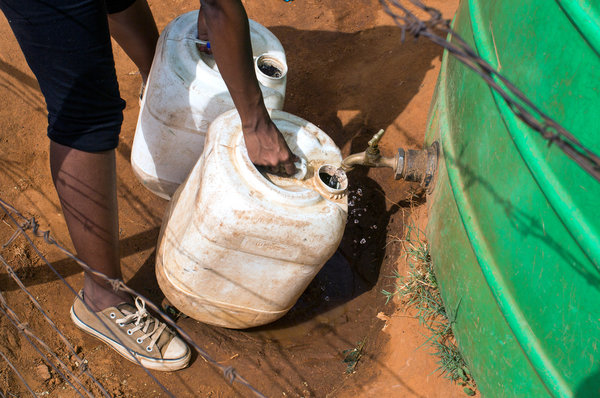 Commercial farming in the country is still dominated by white South Africans while many black farmers are operating in small rural or subsistence farms. Nevertheless, before the drought, about 30 to 40 percent of black-owned farms were making a profit. Mandla Buthelezi, the senior vice president of the National African Farmers Union of South Africa, said that the drought is taking away many gains black farmers had made after apartheid.

“This knock will take black farmers not less than 15, 20, 30 years to recover,” he said. “We didn’t do our homework very well. We weren’t proactive. We’re just reacting to the drought.”

Cattle farmers are unable to keep the cows fed. Jeremiah Moiloa, 24, who majored in agricultural sciences in college, said:

“The problem with black farmers is the lack of capital, land and skills.  That’s why we can’t manage the animals during the drought.” 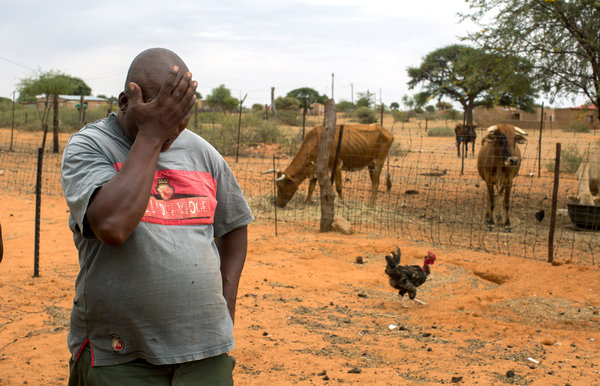