Wizkid Is Supposedly Going On Tour With Chris Brown

Just when you think that Wizkid is on top of his game, you realize that the Nigerian artist has much more to share with his fans.

These past few months have been quite special for Wizkid fans. After Canadian superstar Drake jumped on the Ojuelegba remix, he used a vocal sample of Wizkid’s voice in what has now become an international hit. The single One Dance was even ranked number one on the Billboard 100 for a few weeks. American actress Taraji Henson, who plays Cookie Lyon in the series Empire admitted on her Instagram account that she loved to vibe to some good old Wizkid music. Now, it’s Chris Brown’s turn to show appreciation to Wizkid. Entertainment consultant Bizzle Osikoya shared on Instagram that Wizkid was going to participate to Chris Brown’s One Hell Of A Night European tour in Amsterdam on July 11th 2016. He will share the stage with big names such as French Montana and August Alsina. Chris Brown and Wizkid’s have been hanging out for a while now. Rumors have been circulating that the two were recording a song together. 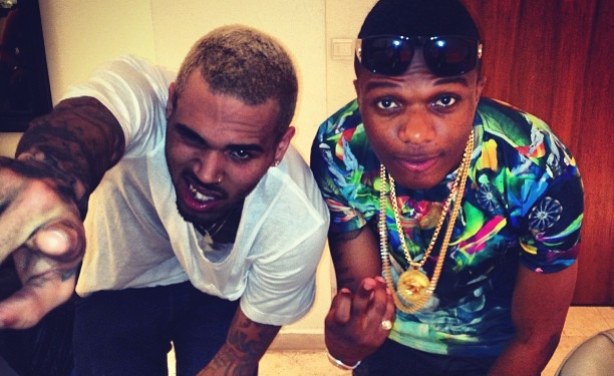 Watch a video of Chris Brown and Wizkid performing on stage together :