Too big to be priced

The 1,111-carat diamond was found in Lucara’s Karowe mine in Botswana. The Type IIa diamond measures 6.5 cm by 5.6 cm by 4 cm. It is the second largest diamond ever recovered after the 3,106-carat Cullinan diamond that was found near Pretoria, South Africa, in 1905.

William Lamb, Lucara’s CEO, said that though he has been inundated with questions from potential buyers. He cannot price the stone right now because it is too large to fit into the company’s scanner. He has to transport the diamond to Antwerp, Belgium, for a detailed inspection. The company is most likely going to auction off the stone.

“People are still reeling from the fact that it’s over 1,000 carats,” William Lamb said.

Last April, a 100-carat cut diamond sold for $22 million within three seconds at an auction in New York. The original stone weighed more than 200 carats prior to being cut. 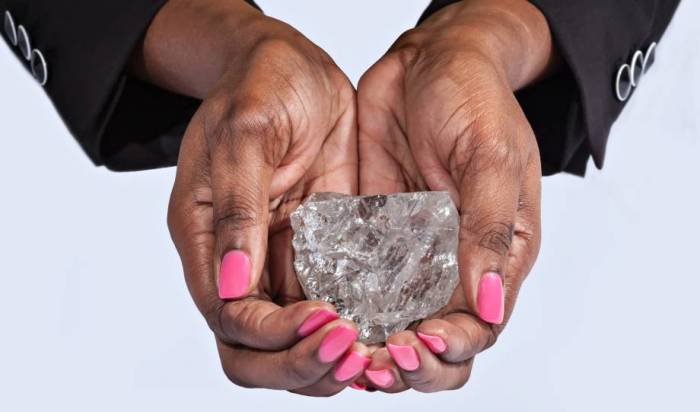 A good week for Lucara

Botswana is world’s second biggest diamond producer, and according to Lucara this was was the largest ever to be recovered in the country.

“This historic diamond recovery puts Lucara and the Karowe mine amongst a select number of truly exceptional diamond producers […] The significance of the recovery of a gem-quality stone larger than 1,000 carats, the largest for more than a century and the continued recovery of high-quality stones from the south lobe, cannot be overstated,” Lamb said in a statement.

The company announced the discovery of two more large diamonds in the same mine. They are estimated to be 813 and 374 carats. 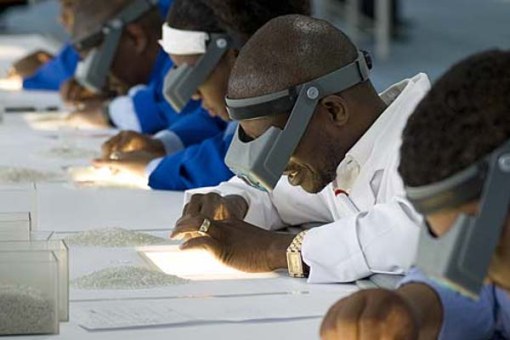