Former England footballer and father of four, David Beckham, is visiting every continent for an upcoming BBC film where he goes on a journey to play seven games in all of the seven continents around the world. He started his journey in Papa New Guinea and then he went to Nepal. His following stop was Djibouti in East Africa. Beckham is also a UNICEF Goodwill Ambassador, so he stopped to speak at the Ali Addeh camp. The camp houses about 10,000 people fleeing violence and conflict in Ethiopia, Eritrea and Somalia. The football star has travelled to impoverished and devastated areas all around the world – Sierra Leone, South Africa, Thailand, and the Philippines – but what he saw at the refugee camp definitely shocked him.

Heartbroken at how the families live

This was the first time Beckham had ever seen a refugee camp and he was appalled at the conditions, particularly at how the children were living. He said:

“It’s shocking to see how children’s lives can be turned upside down as a result of conflict and violence and as a father it breaks my heart to see children living in such difficult circumstances.  All children, no matter where they live, deserve a fair chance in life.” 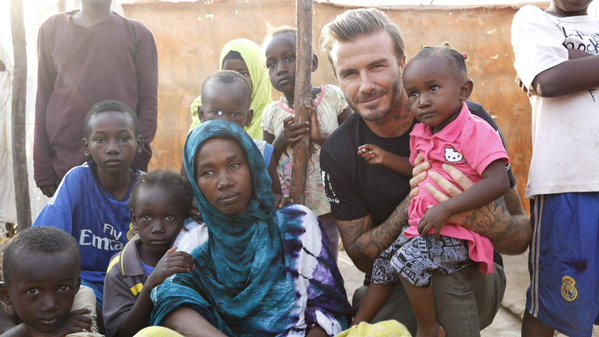 Djibouti has been considered by the UN Refugee Agency as a place of stability in a volatile region. The country is struggling with several problems: it has limited natural resources and it is struggling to recover from a long drought. It also has a high national unemployment rate that is a clear economic strain on the nation. On top of that, Djibouti is dealing with a refugee crisis. It has hosted over 23,000 refugees, mostly from Somalia. Because of the high unemployment rate, there are not many job opportunities for refugees and it is difficult for them to integrate into society. Many of them reside at the Ali Addeh and the Holl-Holl refugee camps. Women and children represent more than 70% of the refugee population present in both places. 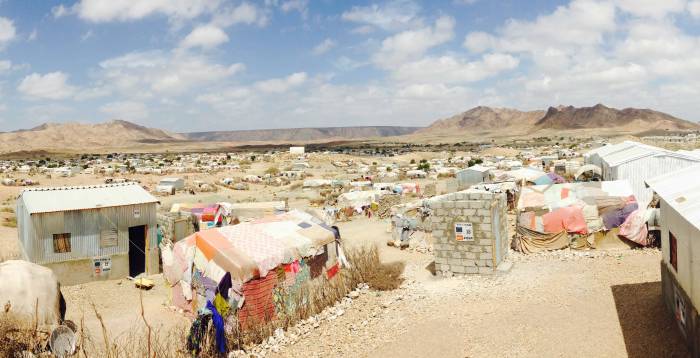 Beckham launched a fund to help the area

Beckham has been a UNICEF Goodwill Ambassador for a decade now. He has played a significant role in raising awareness of UNICEF’s work to help children around the world and helped raise awareness about the dangers children face, like Ebola, malnutrition and AIDS. Earlier this year he launched 7: The David Beckham Unicef Fund. Through this fund, Beckham has committed to using his celebrity for good. He plans to raise funds that will be implemented to creating lasting changes for children. UNICEF and 7 are working to make sure that children in Djibouti, including child refugees, get vaccinations and medical care to protect them from preventable diseases. 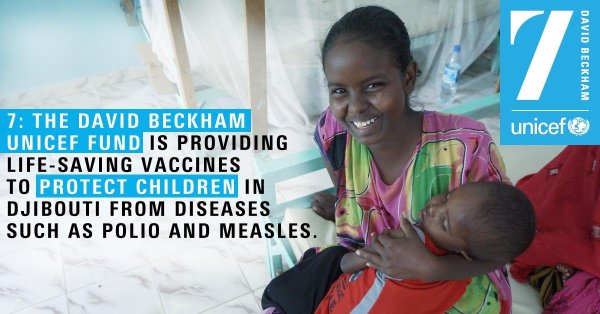