50 Cent Breaks Silence And Jokes About His Bankruptcy

Yesterday, rapper 50 Cent filed for chapter 11 bankruptcy protection after losing a court case. He was ordered to pay $5 million to Lastonia Leviston, the mother of his rival Rick Ross’ child. The news went viral considering that the rapper was popular for his business savviness and that his net worth was estimated to $155 million just a few months ago.

Hi lawyers released a statement saying that “The filing allows Mr. Jackson to reorganize his financial affairs, as he addresses various professional liabilities and takes steps to position the future of his various business interests.” This situation did not stop 50 from joking about his financial situation. He posted a picture on his Instagram account standing next to a car that is quite different from the usual Lamborghinis we are used to seeing him around. 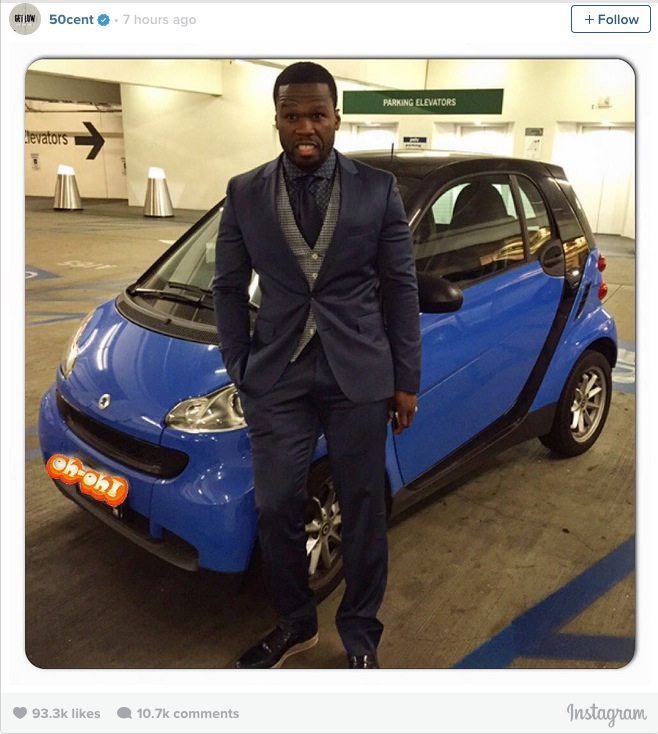 The caption on the picture says “Times are hard out here LMAO”.

With his usual honesty, 50 Cent broke the silence in an exclusive E!News interview. He said that he was simply protecting himself.

“I’m taking the precautions that any other good businessperson would take in this situation. You know when you’re successful and stuff, you become a target. I don’t wanna be a bullseye. I don’t want anybody to pick me as the guy that they just come to with astronomical claims and go through all that.”

After all, it seems like he still is the fourth richest rapper in the world.

Meanwhile, here is what people are saying on Twitter:

I really hope 50 Cent wears this to his first bankruptcy hearing. pic.twitter.com/wuTEZqBWyR