You know Lupita Nyong’o as an Oscar-winning actress who starred in blockbuster movies such as Star Wars: The Force Awakens. She made her Broadway debut this month in the play Eclipsed and received rave reviews for her performance.

“the story of five extraordinary women brought together by upheaval in their homeland of Liberia. They forge a close-knit community… one that inspires them to feats of increasingly greater strength.”

It is set during the Liberian civil war. Liberians United for Reconciliation and Democracy (LURD) was a rebel group fighting for President Charles Taylor to resign. The group was accused of committing atrocities such as hiring child soldiers and promoting sex slavery during the war. The story takes place in a hut at a LURD rebel base. The characters involved are the “wives” of the commanding officer; in truth, his slaves. Throughout the play, the women are frequently referred to by their number rather than their names. There is Wife #1, played by Saycon Sengbloh, Wife #2 is interpreted by Zainab Jah, who leaves to join the soldiers, and Pascale Armand plays pregnant Wife #3. 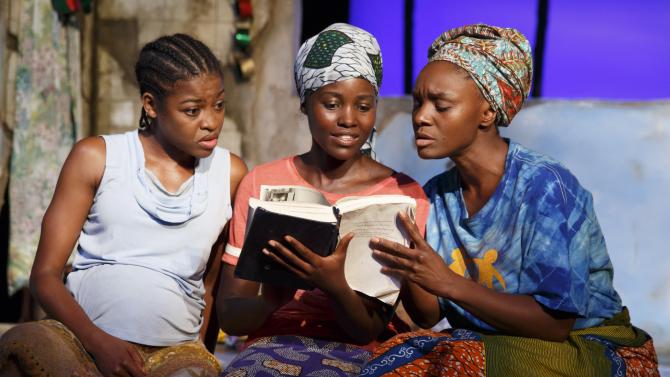 Lupita played several stage parts while studying at Yale. In fact, she revealed that her first role at Yale was an understudy for Eclipsed.

“One of the things I had been coming to terms with in choosing which school I would go to was the fact that I would be doing a lot of Eurocentric work. Then I arrive from Kenya and I get this incredible, groundbreaking Liberian play. It was manna from heaven! I made a promise to myself: I have to do this play one day,” she once said.

The Kenyan actress finally achieved her goal. She plays a character known as The Girl, a 15 who attempted to hide from the soldiers. She is eventually discovered and made Wife #4. 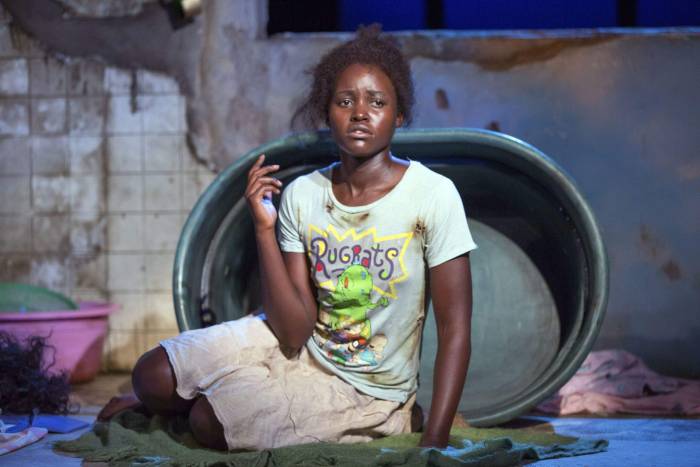 There are no men in the play. Their presence is always noted or implied, but none ever come on stage. It is a female-only cast. The play was written by Danai Gurira and directed by Liesl Tommy. This is the first time that a Broadway production has had a female playwright, a director, and cast. 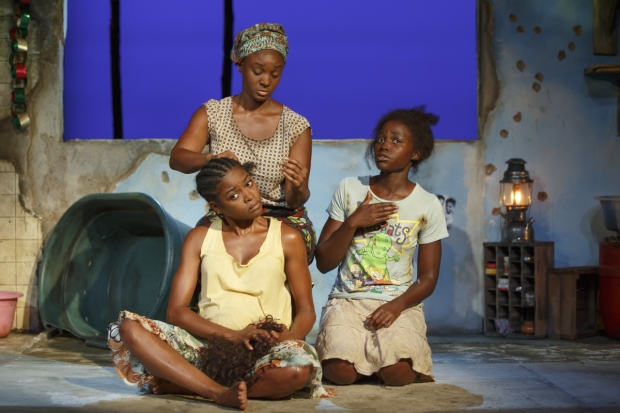 The show has met mostly positive reviews. According to the New York Times:

“Under the bright lights of Broadway, where escapist fare or genteel revivals most often thrive, Ms. Gurira’s play, directed with clarity and force by Liesl Tommy, reminds us of something profoundly important, and perhaps too easily forgotten amid our own country’s continuing racial troubles: African lives matter.”  Lupita hoped that this would be the response.  “…you may not have known anything [about Liberia or its civil war] when it begins, but the play welcomes you into this compound. You learn something very deep. You’re shocked, your mind is open, and your heart is broken. Where you may have known facts, now you have feelings.” 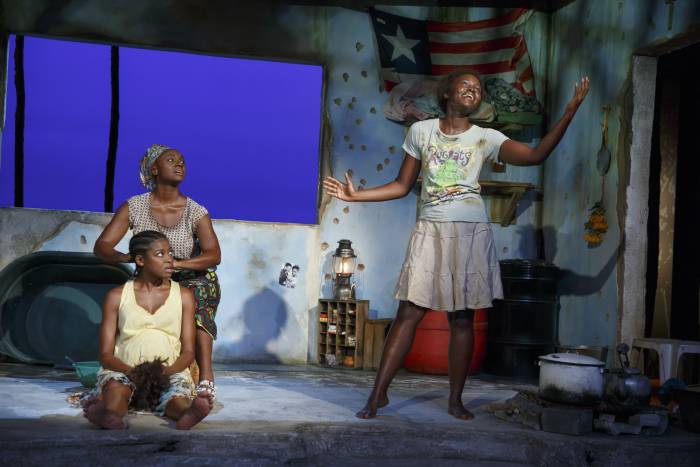