Congolese music legend Koffi Olomide surprised many when he was caught on camera kicking a woman at the Jomo Kenyatta International Airport in Kenya. 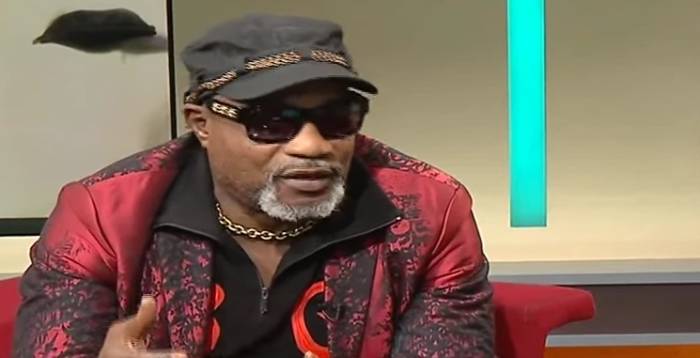 A video released online shows the 60-year-old Congolese rhumba artist arriving in Nairobi where he was supposed to perform come to blows with a female who is supposedly one of the dancers from his entourage. The altercation occurred in front of airport police officers who intervened and calmed the musician down. Olomide was ushered to his car and immediately left the airport after the scene, but the damage had already been done. Hours after the incident, Kenyan police chief Joseph Boinnet ordered the arrest of Olomide along with three members of his band as they were leaving Citizen TV’s studios. The Congolese star spent the night at the Jomo Kenyatta International Airport police station and was deported to the Democratic Republic of Congo with his dancers.

“His conduct was an insult to Kenyans and our constitution […] violence against women and girls cannot be accepted in any shape, form or manner. It is a blatant violation of their human rights.”

This is not the first time that Koffi Olomide is accused of being violent. In 2012, he was convicted for attacking a Congolese producer. Olomide and his dancer seem to have made peace now. The artist issued a public statement standing next to the dancer, playing down the allegations:

Watch the video of the assault below: