The 15 Most Charitable Athletes In The World. How Engaged Are They?

People often talk about the salaries and the splurges that celebrities make, but they never spend too much time discussing their charity work. This year, athletes from around the world competed away from the arenas to be part of the Athletes Gone Good list. This award honors the most generous sports figures of the year. In order to nominate the winners, DoSomething.org uses a three-part methodology that takes into account votes and nominations from the public, the athlete’s influence on social media, and advice from the Athletes Gone Good Advisory Committee. This year, football star Christiano Ronaldo won the most charitable athlete award. See which artists figure on the list, and how generous they have been. 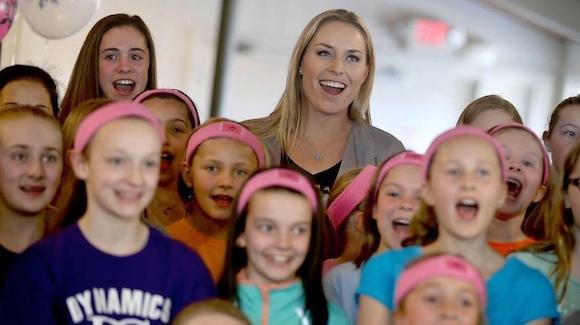 The famous skier is very active. She started The Lindsey Vonn Foundation, which is dedicated to the development of young girls throughout their most influential years. The all-girl program aims to create a comfortable environment for young women. 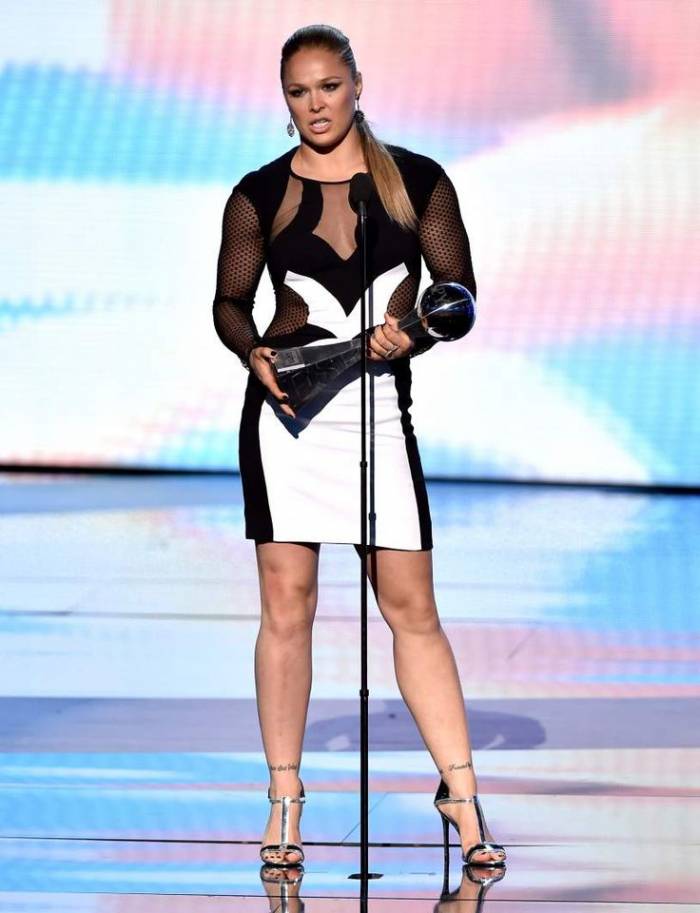 This UFC star is a mental health advocate. She participated in the UFC 184 Free Rice contest to support the World Food Programme. She recently started a t-shirt line with the catchphrase “don’t be a DNB” to raise money for charity. 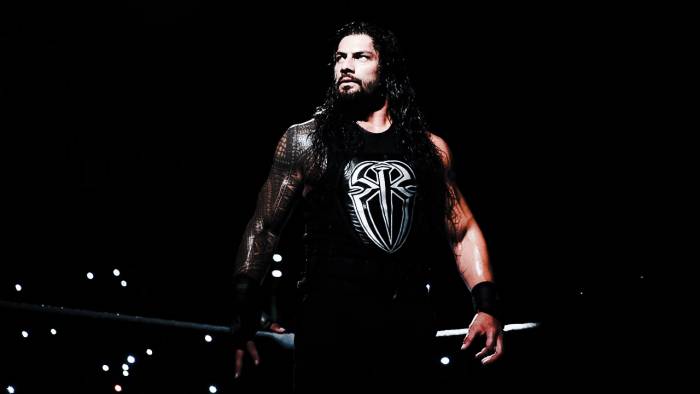 WWE Superstar Roman Reigns used his dancing skills for a good cause. He participated to the show Dancing with the Knoxville Stars to raise money for the East Tennessee Children’s Hospital. He also partnered with DoSomething.org in a campaign aiming to fight against bullying. 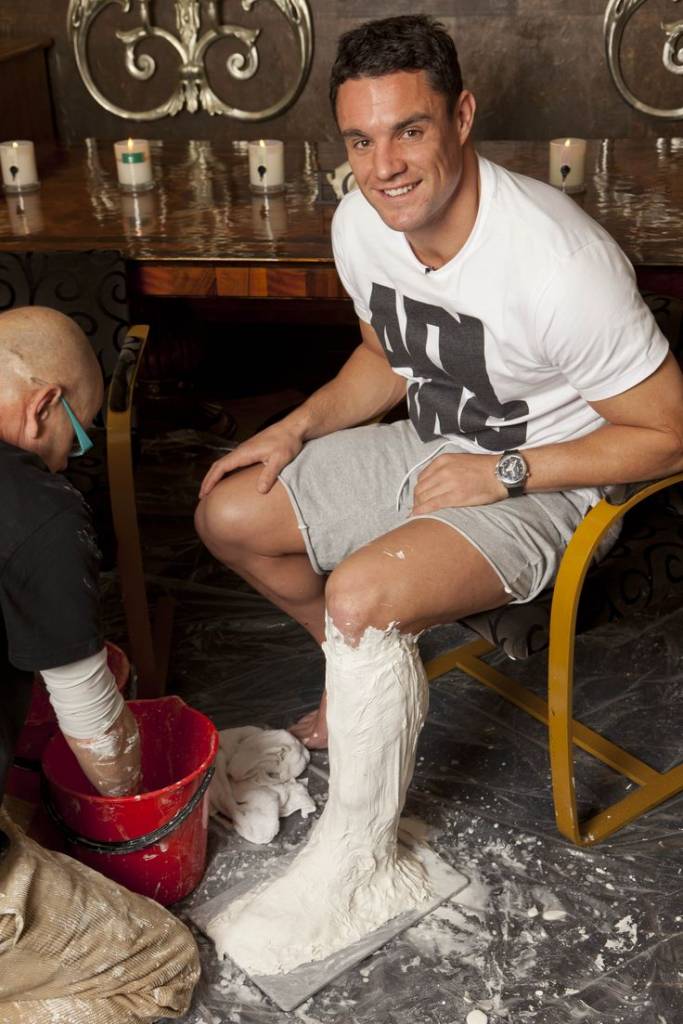 The rugby player from New Zealand founded For Everyone, an organization that provides grants to community projects. Dan also supports young people with cancer through an organization called CanTeen. 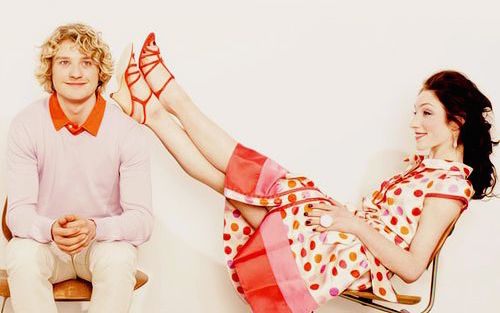 The two ice dancers have been partners for almost two decades. Off the ice, they are known to help the needy through the Make-A-Wish Foundation and the Ronald McDonald Foundation. 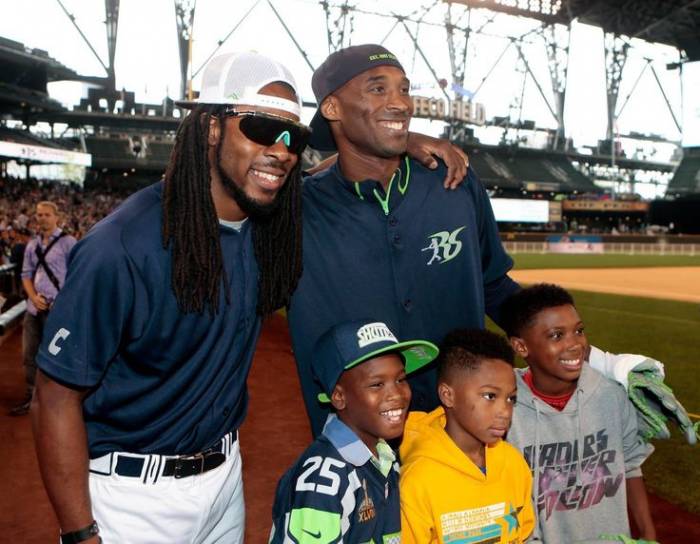 Sherman’s charity is called the Blanket Coverage, The Richard Sherman Family Foundation. Since 2013, Sherman’s charity has been helping kids in low-income communities by providing them with school supplies and clothing. Sherman’s goal is to help kids across the country achieve academic success. 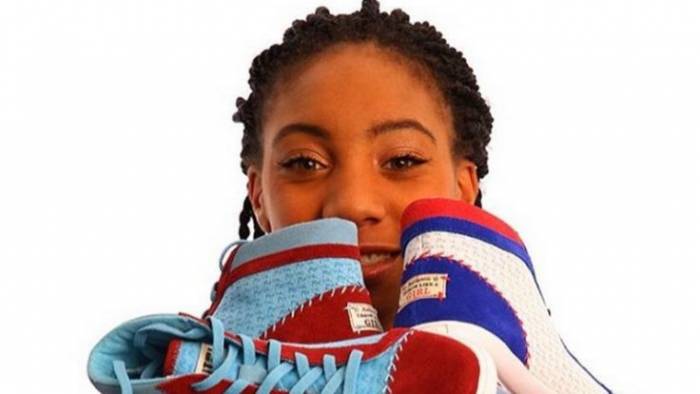 Mo’ne launched a sneaker line for the charity Because I Am a Girl to help needy girls have a chance at a better future. She is just 14 years old and has already achieved so much. She is one of two girls who played in the 2014 Little League World Series. Davis recently won the Best Breakthrough Athlete ESPY Award. 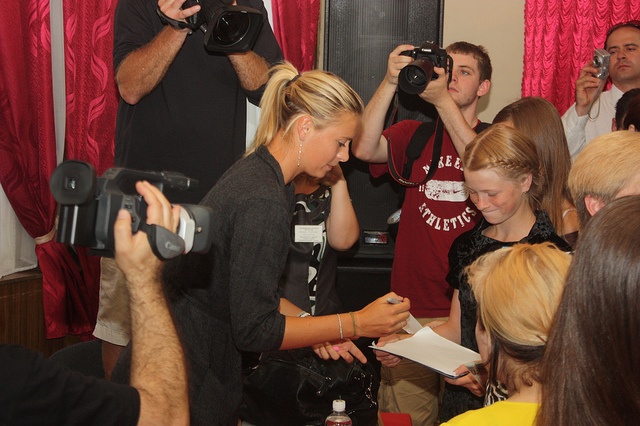 The world’s wealthiest female athlete is very generous. The tennis superstar is a Goodwill Ambassador for the United Nations, where she focuses on global issues, particularly on the Chernobyl nuclear disaster recovery and development efforts. Sharapova also volunteers with Variety The Children’s Charity and Sole 4 Shoes. 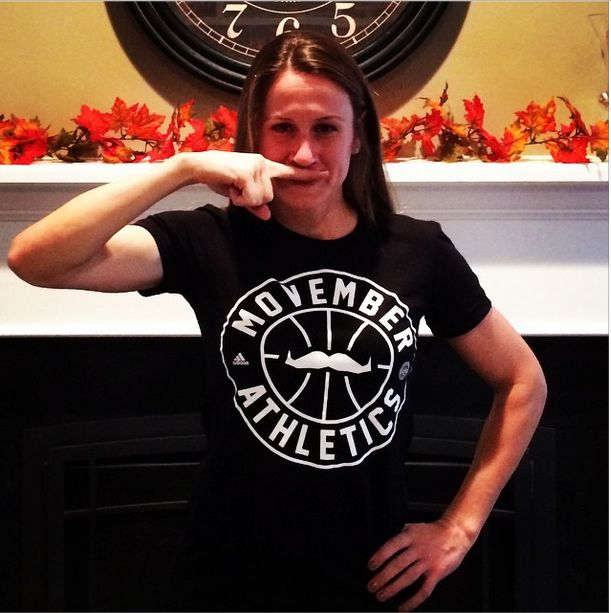 The new World Cup Champion made it to the Athletes Gone Good list thanks to her works with the Women’s Sports Foundation, Right To Play, Teammates For Kids, and Athlete Ally. She helps women and girls through sports. 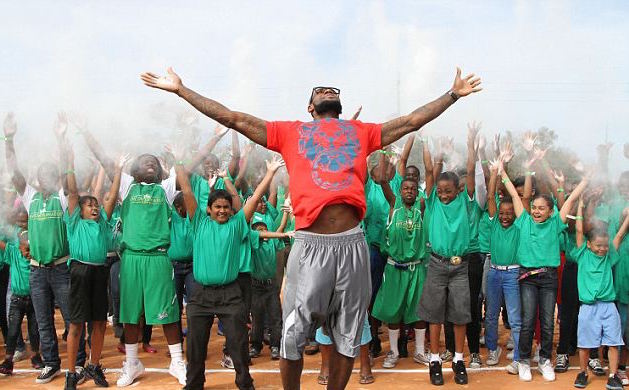 King James is very generous. He actively supports the Boys & Girls Club of America, the Children’s Defense Fund, and ONEXONE. He started his own foundation called the LeBron James Family Foundation. Most recently, he pledged to give away full tuition scholarships to Akron students. 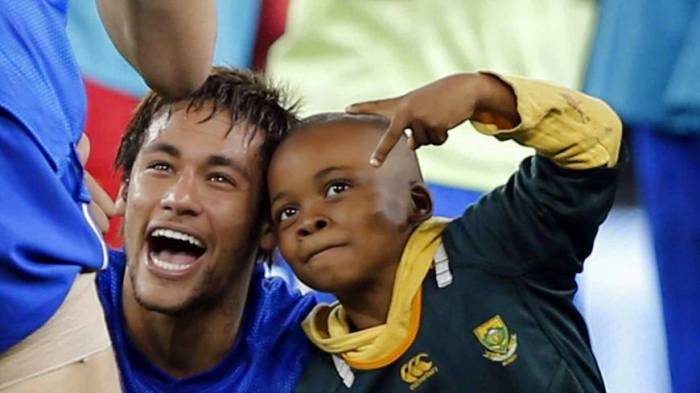 The Brazilian striker is very active off the field. He participated in FIFA’s 11 Against Ebola campaign, partnered with Paypal to bring clean water to Brazil with Waves for Water, and started the Neymar Jr. Institute Project, which is an educational and sports complex for the children in need in Praia Grande, São Paulo. 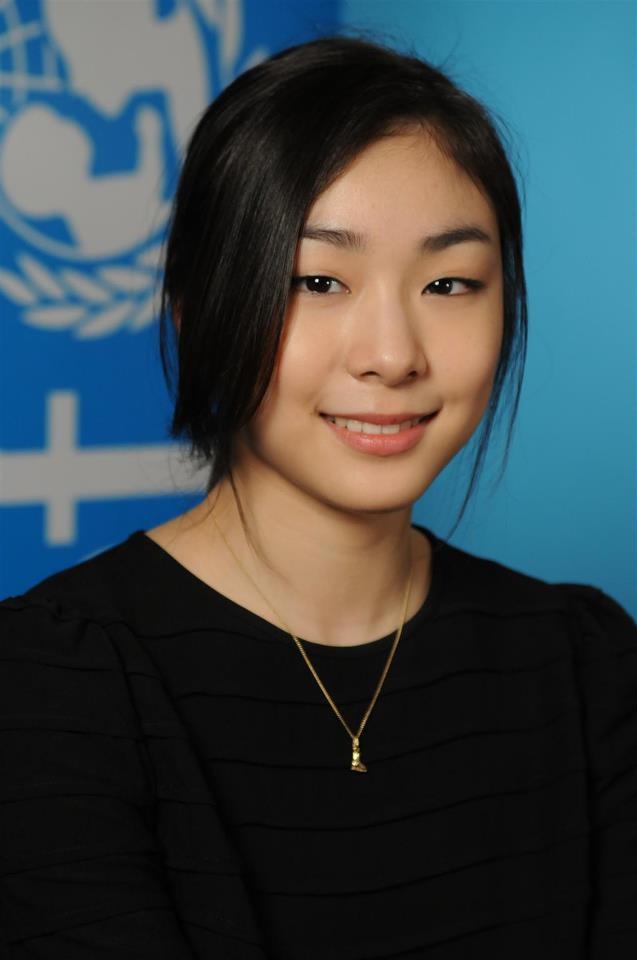 Yuna Kim, the South Korean figure skater, is a UNICEF Goodwill ambassador. She landed the 4th spot on this list. 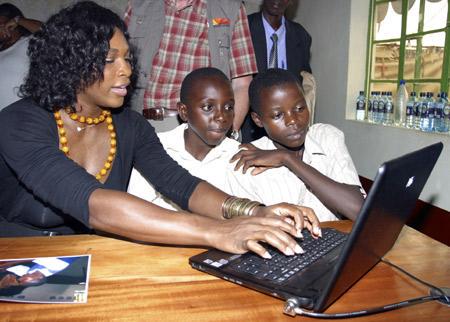 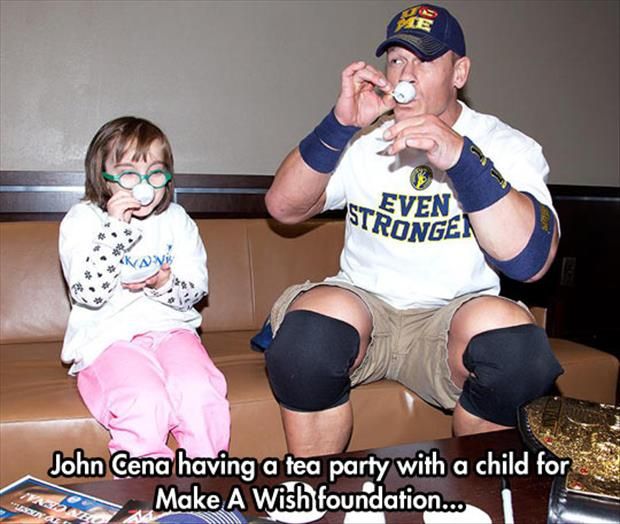 John Cena granted nearly 500 wishes with the Make-A-Wish Foundation. He holds the record for the most wishes granted through the organization. He was also involved with other organizations such as the Susan G. Komen Foundation to raise funds and awareness for breast cancer. 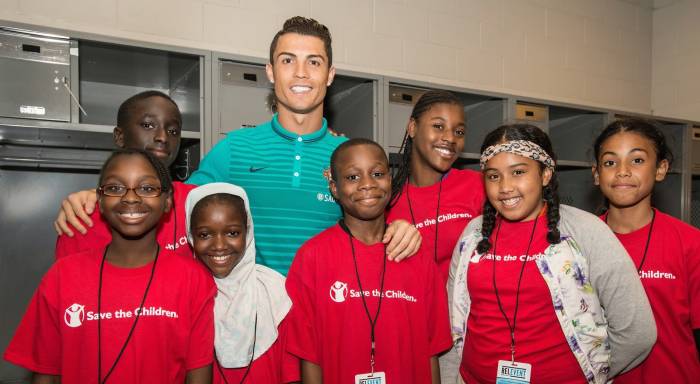 Cristiano Ronaldo is number 1 on this list. He donated more than $83,000 to a 10-year-old fan who needed brain surgery, and he gave $165,000 to fund a cancer center in Portugal that treated his mother. He also appeared in FIFA’s “11 against Ebola” campaign.