Chile beat Argentina in a penalty shootout after both teams went scoreless for 120 minutes. Chile made four penalty kicks while Argentina only scored two. This is the second time in a row that Chile defeats Argentina to win the Copa America.

“The national team is over for me. It’s been four finals, it’s not meant for me. I tried. It was the thing I wanted the most, but I couldn’t get it, so I think it’s over,” Messi declared.

Fans are begging him to change his mind

Many fans were shocked by this abrupt decision and are still hoping that Messi’s decision was taken out of disappointment and frustration. Even Argentina’s president Mauricio Macri wants him to reconsider his choice. The 29-year-old star is viewed by many as the best football player in the world right now. He is a five-time FIFA Ballon d’Or winner. He has won eight La Liga cups and four UEFA Champions League titles as well as four Copas del Rey with his club Barcelona. He is Argentina’s leading scorer with 55 goals in 113 appearances, surpassing the legend Diego Maradona. He did help Argentina win a gold medal at the 2008 Olympics in China, but for many, that does not count as a major championship. The World Cup and the Copa America are the only trophies missing in his collection. 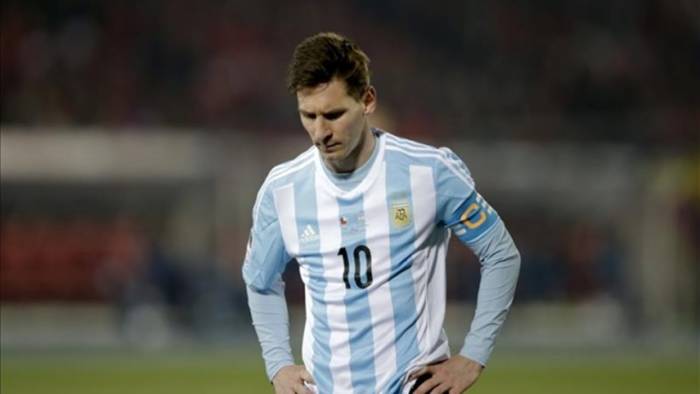 Here are 10 of Messi’s most impressive goals

SEE ALSO: Lionel Messi Achieved Something That No Other Football Player Did.