Osborne Macharia is a self-taught commercial and contemporary photographer who was born and raised in Nairobi, Kenya. His latest editorial, which is called NYANYE, tells a fictional story of retired elderly women in Kenya. “This is the story of Kenya’s League of Extravagant Grannies who were once corporate and government leaders in the 1970’s but are now retired,” the description reads. “They now live the retired high life, traveling to exotic and remote areas within Africa to explore, party and enjoy in exclusivity. We managed to catch up with 3 of them in Somalia soon after they landed. Little is know about them till now…” Check out these three extravagant grandmothers in Kenya who are eating life with a big spoon.

All photographs come with a name and a title for each character. Macharia prefers to take editorial pictures of everyday Kenyans rather than use fashion models.

“I found that my projects were leaning towards the ordinary folk who had so much character and identity that you wouldn’t notice them until they were in front of the camera,” he said.

Creating a rich backstory behind each portrait is also a key part of his style.

“I would say that my work this far is governed by 3 key principles; Identity, Culture and Fiction. Each project has to have a story that people can identify with and that’s very important to me. This year I’ll focus more on fictional stories and give rise to characters and lifestyles that feel so real that they spark conversation.” 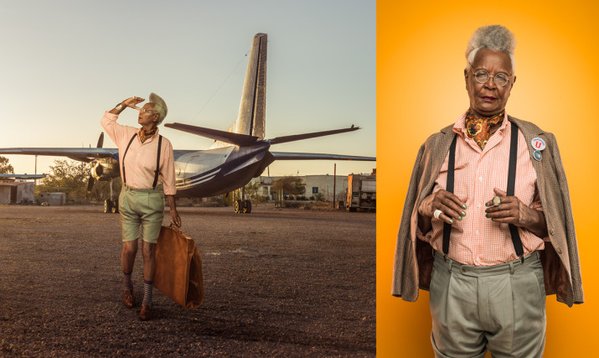 With photoshoots like this, Macharia hopes to showcase Kenya’s culture to the world and change any misconceptions.

“I want to show the world the rich and exceptionally diverse culture we have that many a times is mistaken for poverty, barbarism and violence,” he said.

Macharia believes that capturing the stories of Kenyans will have a big impact.

“I believe there isn’t anyone who can capture the true beauty of what we have better than ourselves because we have grown up with it, we see it as we know it. We have a lot of powerful and wonderful stories that if well captured either through film, photography, illustration or motion graphics and CGI, would elevate our identity to a whole new level.” 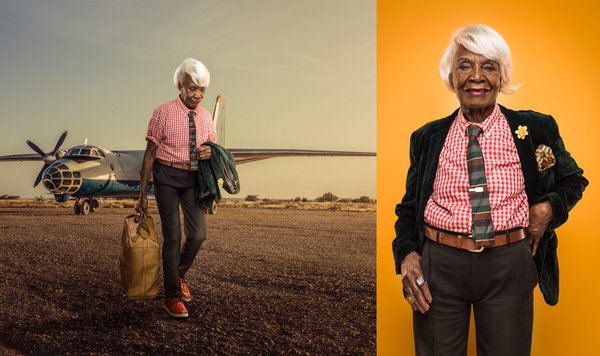 Displaying Kenyan art to the world

Macharia actually has a bachelor’s degree in architecture. When he failed one unit in his final year of study, he had to stay one more academic year to retake it. He had some free time on his hands, and this is when he started experimenting with photography. The photography industry is quickly growing in the country. Macharia thinks it can grow even more.

“My desire is to see Kenyan art, music, film and fashion compete on an international platform.” 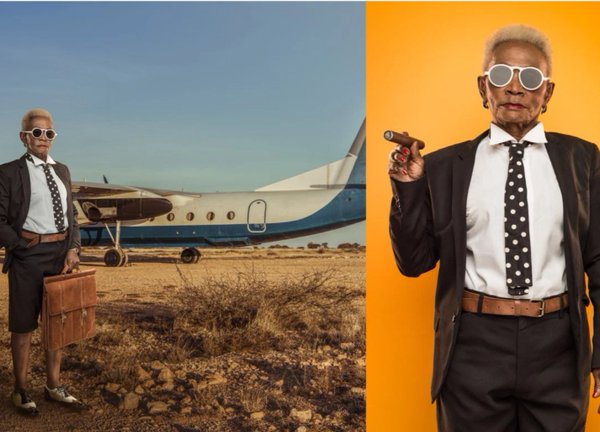 SEE ALSO: 12 Portraits of Stunning Women From Around The World.