According to the Nigerian newspaper New Telegraph, afrobeats superstar Davido, whose real name is David Adeleke, is under investigation by the National Drug Law Enforcement Agency (NDLEA). The superstar is under fire for showcasing hard drugs in his latest video called “Fans Mi” that features American rapper Meek Mill. Davido’s video was recently in the news for a different reason: last week, the video reached the 1 million views milestone.

The “Fans Mi” song is intended to promote Davido’s appreciation towards his fans for their love and support over the years. The music video however, appears to be more about the singer’s money and enemies than about his fans. Davido’s video also shows drugs, lightly dressed women and guns. One particular scene might even get the artist in trouble: Davido is seen discussing with a man as they exchange a briefcase full of dollars for a bag of hard drugs. According to the Sunday Telegraph, NDLEA’s Head of Public Affairs, Mr. Mitchell Ofoyeju, said: “The agency considers the musical video ‘Fans Mi’ inappropriate and indecent. It has the tendency to negatively influence and induce drug use and trafficking. Besides, it is counter-productive on the campaign against drug production, trafficking and abuse. The agency is investigating the matter and will take necessary action.” 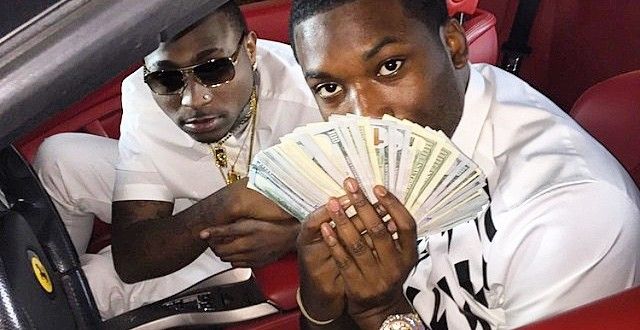 Let’s hope Davido doesn’t get into too much trouble over this.

Watch the “Fans Mi” video below: